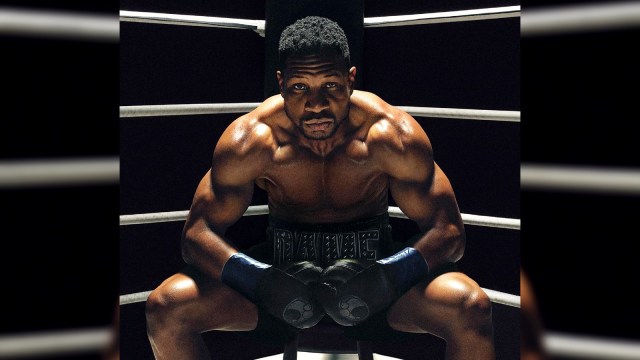 Following a poster reveal and release date for the upcoming Creed III, fans are already speculating about the origins of Jonathan Majors’ character’s debut in the franchise.

Creed III star Michael B. Jordan. who is making his directorial debut with the threequel, immediately set the Twittersphere abuzz with his post featuring character posters for Jordan’s titular Adonis and Jonathan Majors’ character, the presumed ring opponent to our main character.

With the movie’s motto being “You can’t run from your past,” people have already begun to speculate about who Majors’ character might have a connection to in the original Rocky franchise. While 2015’s Creed saw newcomer Tony Bellew’s “Pretty” Ricky Conlan as the main antagonist, Creed II‘s main baddie was the son of Rocky IV‘s Ivan Drago (Dolph Lundgren). With Florian Munteanu’s Viktor Drago introducing the concept of the children of the Rocky franchise opponents showing up in the Creed spinoff franchise, it’s only natural that people may wonder whether that is also the case for Majors’ character.

It didn’t take long for people to immediately theorize that Majors’ character is the son of Clubber Lang, the antagonist from Rocky III portrayed by Mr. T.

Clubber Lang was the person responsible for the death of Burgess Meredith’s Mickey Goldmill, the longtime trainer of Sylvester Stallone’s Rocky Balboa. Even though Stallone’s Rocky won’t be appearing in Creed III, a match-up between Adonis and Clubber Lang’s son would still be an epic rivalry.

One Rocky III fanatic was even hoping for a recreation of a memorable scene shared between Rocky and Carl Weathers’ Apollo Creed embracing on a beach as the former rivals became friends throughout the course of the movie.

However, one fan couldn’t help but point out that Adonis’ father hardly had a direct connection to Clubber Lang — other than helping to train Rocky — so it wouldn’t quite make sense for the rivalry to take place between Adonis and Clubber Lang’s son, after all.

“[W]ere they in juvie or a group home together? Bet that’s it,” the Twitter user wrote, referencing the fact that Adonis’ upbringing was marred by being in and out of juvenile detention and group homes following his father’s death.

Should the trend of Adonis fighting the children of former Rocky rivals pan out, it was one Rocky fan’s wish that it would be nice to get a redemption arc for Rocky V‘s secondary antagonist, Tommy Morrison’s Tommy “The Machine” Gunn, in a future Creed movie by way of his son becoming a good guy that aligns with Adonis.

With the acting powerhouses that are Michael B. Jordan and Jonathan Majors, we’re certain the threequel has a lot of potential to knock our socks off when it enters the ring in theaters on March 03, 2023.