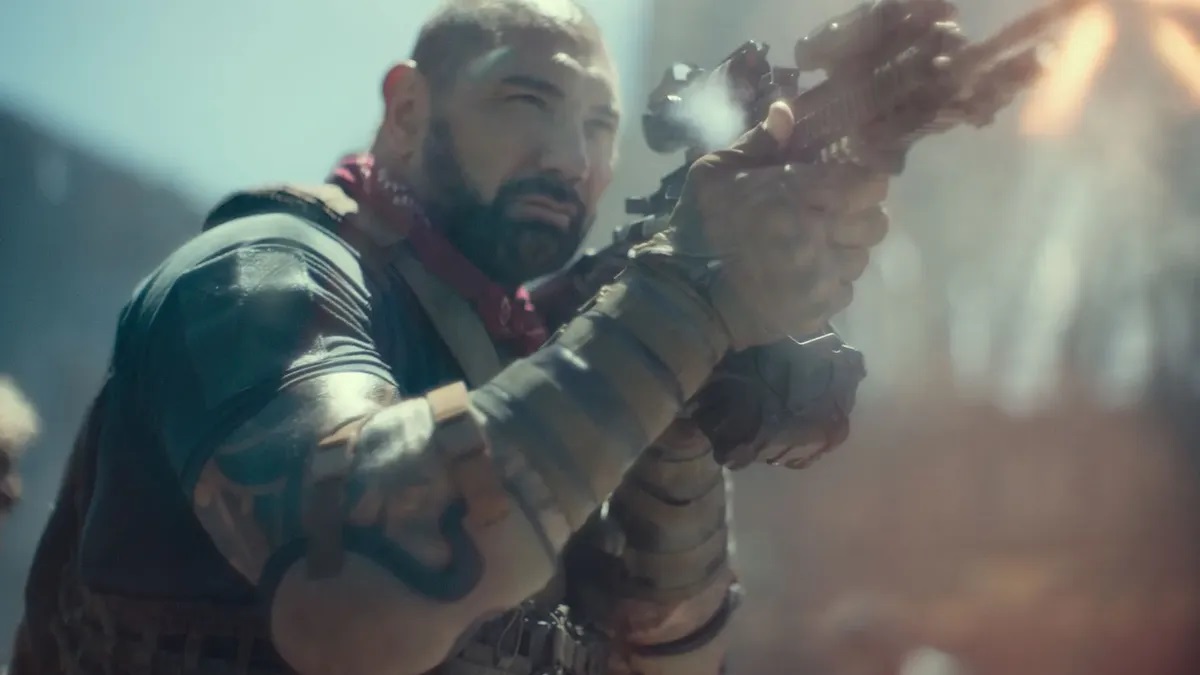 Having now reached a point in his career where he can pick and choose whatever roles he wants, it’s surely too glaring of an opportunity to miss for Netflix not to get Dave Bautista involved in its upcoming live-action Gears of War adaptation.

After all, the Guardians of the Galaxy veteran has already contributed to the franchise on a console level, and he’s hardly been shy in shouting from the rooftops that it’s one of the most coveted projects on his personal wish-list. Not only that, but it would also give him even more bragging rights over Dwayne Johnson when it comes to console-to-screen translations.

The Rock saw Doom crater at the box office and find itself savaged by critics, while barely a soul remembers that he performed as the lead character in forgotten mid-2000s dud Spyhunter: Nowhere to Run. Ironically, Johnson’s Jumanji films rank among the best video game adventures of the modern era, and they’re not even based on an existing property.

On the other hand, Gears of War is a titan of the industry, selling millions of copies and revolutionizing the cover-based shooter forever. Bautista loves the series, he wants in on any project bearing the name, and the streaming service he worked with on both Army of the Dead and Glass Onion: A Knives Out Mystery are funding the production.

It’s staring everyone right in the face, and would also give Bautista even more ammunition to say he succeeded where Johnson failed; by headlining a video game shoot ’em up made flesh that doesn’t insurmountably suck.