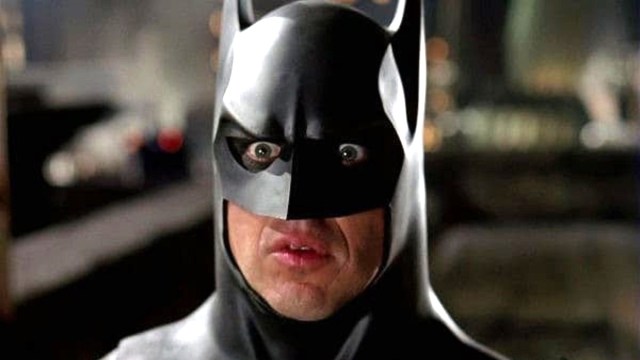 Comics fans were over the moon with excitement when the news broke that Michael Keaton would return as Batman thirty years on from his last appearance. Warner Bros had decided Keaton would be the glue that tied a DCEU multiverse story together, with the plan being that he’d be introduced in The Flash, next turn up in Batgirl, and then in Aquaman and the Lost Kingdom.

This plan is now in tatters (like most things Warner Bros attempt…). The Flash has been delayed until summer 2023 and there’s still a question mark hanging over its release due to star Ezra Miller’s criminal antics. Batgirl has been shelved completely, with the directors reporting that all footage featuring Keaton’s Batman has been scrubbed from WB servers. Aquaman and the Lost Kingdom is still coming out in the spring, but test audiences were confused by Keaton’s presence so they’ve reshot his scenes with Ben Affleck’s Batman.

Faced with all that, fans on r/DC_Cinematic suspect the game is up for Keaton’s Batman:

The replies are downbeat, with the general consensus that Warner Bros are dysfunctional and “don’t know what they are doing”. It seems crazy that after so much time, money, and effort getting Keaton back into a batsuit that footage stands a good chance of never being seen by audiences, but here we are.

But any gloom is somewhat lifted by the complete reappraisal of Affleck’s Batman. Once mocked as ‘Batfleck’, the success of Zack Snyder’s Justice League has seen fans reverse their opinion of him and are now demanding him back. We agree that Affleck deserved more screentime as the Dark Knight and it’s a shame he didn’t get a solo Batman movie.

The best summary of the situation is also the most honest and one Warner Bros. should heed:

We can’t put it any better than that.