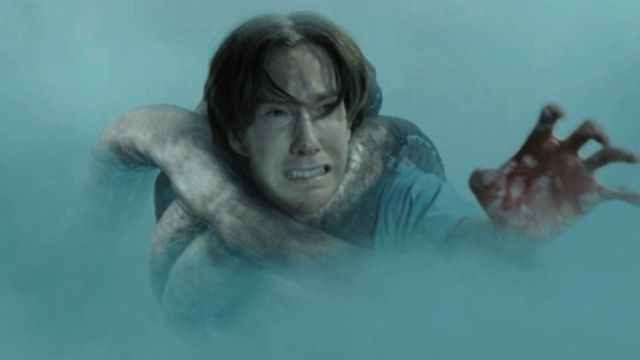 Who doesn’t love a happy ending? Well, Frank Darabont for one as he defends his famously downbeat and depressing end to The Mist.

The Stephen King adaptation celebrates its fifteenth anniversary this year, as the world remembers the film for one of two things: the absolutely struggle of watching it, and its misanthropic ending. King’s stories have been prime material for film adaptation, and typically you don’t want to mess around too much with a famed writer’s endings. But Darabont had no qualms doing so.

While the original book ended with a a ray of hope as the radio picks up a connection hinting at survival, the movie adaptation sees the main character realize his killed his own son as the military arrive. He drops to his knees in panic. Boy, what a cheerful ending. Darabont remains steadfast in defending the ending, saying the ending fits the film’s overall message.

Talking to /Film, he believed the ending encapsulated the idea “sometimes shit doesn’t work out”.

“Hey, I love a happy ending just as much as anybody. It’s satisfying. I get a happy ending, God knows. But I also love Night of the Living Dead. I also love The Thing. I also love those movies that really just dare to challenge the audience. Sometimes shit doesn’t work out and sometimes you made the wrong decisions even if you meant well. Life is like that.”

Very rarely do directors flip up King’s endings so vehemently as Darabont did, with a majority of adaptations afraid of messing with what is already good enough. There’s truth to sad endings being effective, but considering the utter slog of The Mist and how devoid of joy the film is, it just comes off slightly off.

The 2007 film was highly inspired by survivor accounts of Hurricane Katrina and the idea people do desperate things in desperate times, but considering Katrina was just two years prior — it may have been too soon. The Mist is currently available to stream on Netflix.