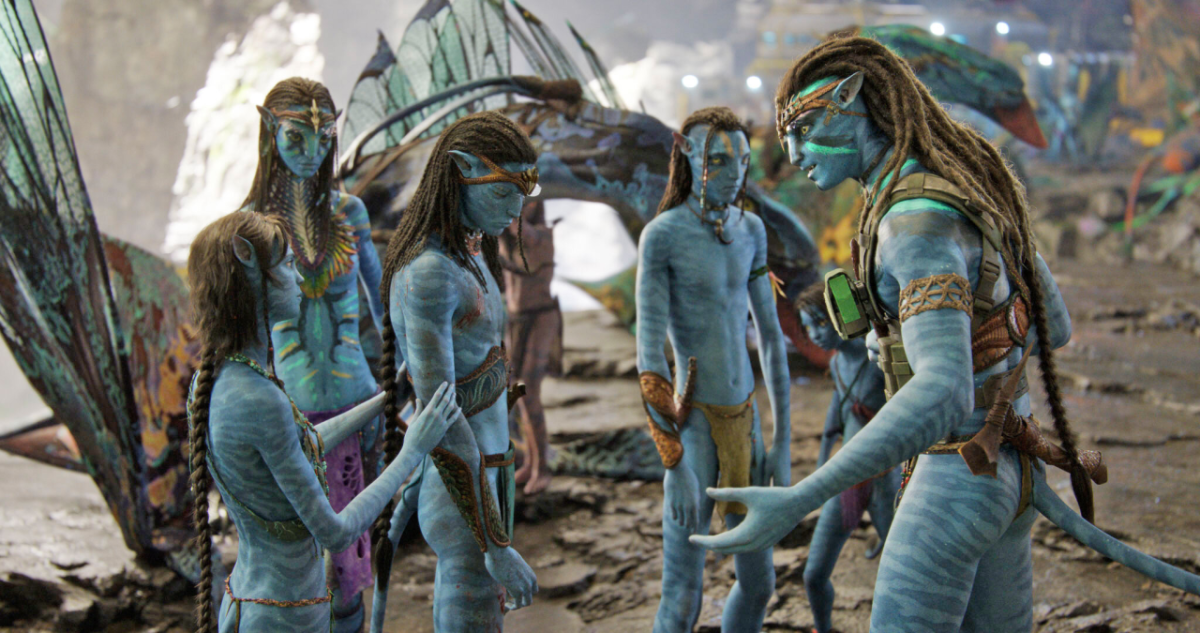 Avatar: The Way of Water picks up nearly 15 years after the original movie, and as such, many new characters are introduced into the fold. Because Jake Sully (Sam Worthington) and Neytiri (Zoe Saldaña) now have a family, many of those new characters are their children. Among them is Kiri, their adopted daughter who goes on to have one of the most fascinating storylines in the movie.

When we meet her, we learn that Kiri is the biological daughter of Dr. Grace Augustine (Sigourney Weaver) from the first Avatar movie. What we didn’t know the first time around was that Grace was pregnant at the time of her death or so we are led to believe. Somehow, after her death under the Tree of Souls, Jake and Neytiri preserve her Avatar, and her body carries out the term of her pregnancy, eventually giving birth to Kiri, whom Jake and Neytiri adopt as one of their own. The mystery of her biological father is not revealed, leaving the question of her conception unresolved.

We see this when Pandora’s wildlife, agriculture, and biology respond to Kiri in a way that even other Na’vi like Ronal (Kate Winslet) has not seen before. The sea creatures respond to her, the blades of grade pulse in tandem to her heartbeat. The underwater flora and fauna obey her commands. Still, something about Kiri is off, and that’s seen most clearly when she experiences a supposed epileptic attack after bonding with Eywa at the Spirit Tree.

Does Kiri’s seizure really mean she has epilepsy?

In the movie, Kiri tells Jake that not only can she feel Eywa, but she can also hear her heartbeat, a sensation that is so overpowering that it moves her to tears. At one point, she is shown to the Metkayina underwater Spirit Tree where she uses her braid to bond with Eywa. In doing so, she experiences a vision where she sees her mother, Grace. Before she can ask Grace who her father is, Kiri’s body seizes up, and her siblings take her back home where Norm informs Jake that she has frontal lobe epilepsy. This supposedly explains why she’s been feeling the way she has, including her visions and the sensation that she can hear Eywa’s heartbeat.

While Norm chalks Kiri’s reaction up to epilepsy, the Metkayina like Ronal are not as easily convinced, implying that it has more to do with her spiritual connection to Eywa.

Instead of frontal lobe epilepsy, it’s extremely likely that the truth behind Kiri’s conception explains her unique connection to Eywa and why bonding with her under the Spirit Tree caused such an adverse reaction. Instead of epilepsy, Kiri might possess unique abilities akin to a Jedi in Star Wars or possibly be a walking manifestation of Eywa herself.

Either way, epilepsy is unlikely the culprit of her seizure. What’s more plausible is that Kiri tapped into too much power too quickly without any proper training or knowledge of what she was doing. James Cameron said that “obviously the enigmas around Kiri are not resolved, and that’s by design,” according to Digital Spy. Her story arc in The Way of Water paves the way for what just might became Pandora’s saving grace when the Sky People further their efforts to seize their land.

Avatar: The Way of Water is currently showing in theaters.