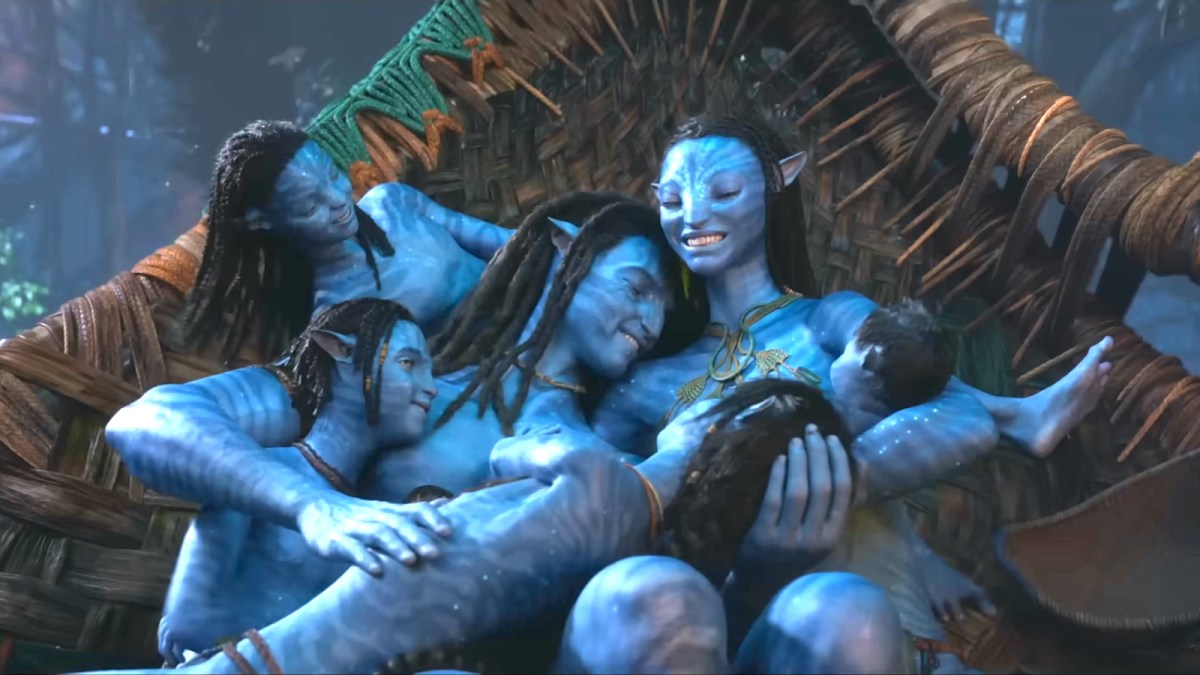 When we meet her in Avatar: The Way of Water, teenage Kiri is introduced as Jake Sully and Neytiri’s adopted daughter. Come to find out, she’s actually the biological daughter of Dr. Grace Augustine from the first Avatar movie, who tragically died in the fight to protect the Tree of Souls from the Sky People and underwent an unsuccessful transfer of consciousness.

Unbeknownst to us, Dr. Augustine, played by Sigourney Weaver, was pregnant at the time of her death; Jake and Neytiri preserved her Avatar body and shortly thereafter delivered the birth of Kiri, who is also played by Weaver in the sequel.

In The Way of Water, we are never officially informed of the identity of Kiri’s biological father but are instead left with speculations from her siblings. They think it’s Norm, Dr. Augustine’s science partner and fellow human ally of the Na’vi people.

Kiri spends the majority of The Way of Water in communion with Eywa, the Great Mother and deity of the Na’vi. Kiri’s reverence for Pandora’s nature rivals that of the average Na’vi, and eventually, she even exhibits seemingly-supernatural abilities that allow her to telepathically communicate with Eywa beyond the typical neural connection or bonding.

The natural world responds to Kiri. It listens to her, and even obeys her commands. At one point, the blades of grass she lies upon pulse in tandem with her heartbeat. All this to say, one can’t help but wonder by the end of the movie whether or not her unique connection to Eywa goes beyond just reverence. What if it’s biological?

Could Kiri actually be the child of Eywa?

The great mystery of Kiri in Avatar: The Way of Water is the identity of her second biological parent and why she has such a deep spiritual connection to Eywa.

Dr. Augustine’s final words before she died in Avatar were “I’m with her Jake. She’s real,” referring to Eywa. That, combined with Kiri’s unique abilities leaves one to wonder whether or not Kiri’s second biological parent might actually be Eywa herself.

It’s a tricky concept to wrap our human heads around. This is Pandora we’re talking about, though, not Earth. Things work differently. The idea that Kiri could be a child of Eywa inherently brings up the topic of asexuality, but as godly diety, Eywa’s powers know no limits; impregnating someone with her child mirrors the kind of religious symbolism Christians have come to recognize with the Virgin Mary and is not a far-off concept when you think about it.

The Na’vi people have spiritual leaders, as we learn from Neytiri’s mother Mo’at. Kiri clearly appears to be on her way down that path, but the level of attention given to her unique connection to the natural world seems to imply she’s more than just your average spiritual leader.

We are told that Kiri suffers from epilepsy. We see her have a seizure after bonding with Eywa and experiencing an intense vision wherein she sees her mother, Dr. Augustine. We’re told that if she bonds with Eywa again she could die. By the end of the movie, we’re none the wiser about why she had such a strong reaction (and connection) to bonding with Eywa or what epilepsy has to do with it.

Before the movie is over we witness Kiri come to the aid of her family by once again bonding with underwater life and telepathically employing their assistance. It wasn’t a direct connection to Eywa and it didn’t cause her to have a seizure, but it did add a layer of confusion to the mix. It almost felt like her epilepsy storyline was forgotten, but of course, this could simply be a plot point James Cameron intends to explore in further installments (should we be lucky to get any).

At face value, it’s clear Kiri wasn’t introduced for just giggles and laughs. She clearly has a part to play in the overarching storyline, one that will hopefully involve more context about her lineage. Here’s hoping it’s not another 13 years before we find out.

Avatar: The Way of Water is in theaters.