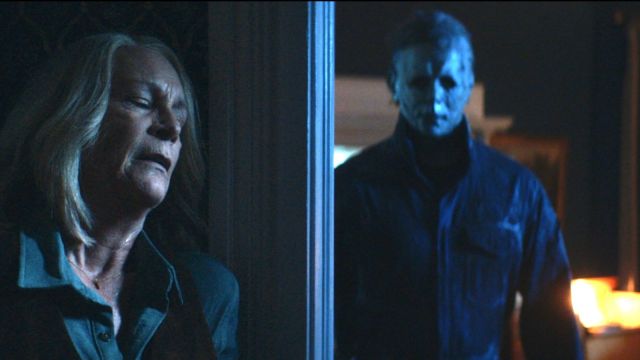 The end of the David Gordon Green Halloween trilogy is here, and audiences all have one big question around the fate of iconic horror slasher Michael Myers in Halloween Ends.

Billed as the end of the Halloween series after so many entries, one of the biggest drawcards for the film is what happens to the franchise’s longest-serving characters Laurie Strode (Jamie Lee Curtis) and Myers (James Jude Courtney). Here’s the definitive answer to Myers’ fate in Halloween Ends.

After literal decades of being shot, stabbed, run over, and probably drinking out of date milk, Michael Myers is again taken down. Following several knives into his hands, his throat being slashed, and his ribs being impaled, Myers is finally beaten beyond getting up easily.

Nailed down onto a bench, he’s then transported to a car yard. As the residents of Haddonfield finally witness the end of terror, the body of Myers is thrown into an industrial grinder by Strode. Thrown foot first, his entire body gets absolutely mashed, including his brain squished far beyond any chance of repair.

After the previous film saw him almost die before rising up again, this is most definitely the end of the line for Myers. Unless they go for the Friday the 13th angle of having him go to Hell and return, Myers is finally dead in Halloween Ends. Very rarely has even the most powerful horror villain survived their brain being turned to mush.

Halloween Ends is currently in cinemas, with its director set to helm a reboot of The Exorcist.