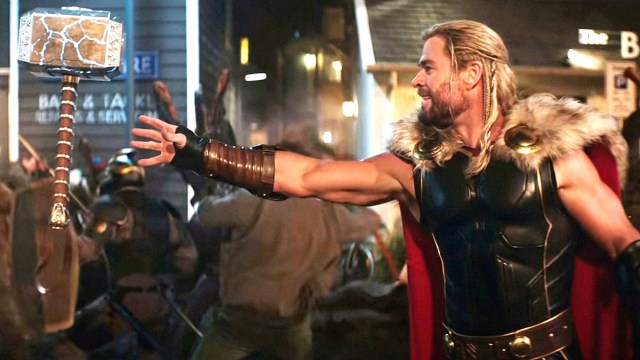 Ever since the All-Father enchanted Mjolnir with “Whosoever holds this hammer, if he be worthy, shall possess the power of Thor!” the mystery around the “worthiness” quotient of the hammer’s wielder has only deepened. MCU experts believed the worthy would be someone brave enough to fight for others and willing to sacrifice themselves for the greater good. Then came Hela and that theory was turned on its head, leaving the fandom scratching their heads over how exactly Thor’s hammer works.

Well, there are a few possible theories based on how the hammer has been presented in the MCU and its relatively convoluted history in the comics:

Is Mjolnir driven by the “martyr complex?”

In the MCU, Odin enchanted the hammer after chucking the wayward Thor out of Asgard. The 2011 film saw Loki and several others trying and failing to pick up Mjolnir. At the time Thor was only deemed worthy when he laid down his life for the people on Earth. The martyr complex likely being a necessary requirement was further supported when Vision — who shocked everyone by picking up the hammer in Avengers: Age of Ultron — voluntarily asked to be killed so Thanos couldn’t get his hands on the Mind Stone.

While Captain America also wielding the hammer in Endgame backs up this theory, Hela stopping and breaking it in Thor Ragnarok seemingly pokes some big holes in it. The Goddess of Death was most certainly not planning to offer herself as a sacrifice to save others anytime soon.

Yet, this theory still stands if we look at the scene a little differently. The hammer is known to break through the toughest barriers to do its master’s bidding, and then return to them no matter what lays in its path. Hela didn’t stop the hammer with the intention to wield it — notice that she didn’t call Mjolnir like Thor, it was attacking her on his command and visibly shaking to break her resistance.

Thus, the answer to this is simple — Hela is just more powerful than the hammer, a weapon she also wielded before being thrown into captivity by Odin. We have already seen how the hammer is just a means to an end as later in the film Thor projects his powers without it, proving how he is more powerful than Mjolnir. This means Hela being worthy of lifting it was never a question as it acted as an adversary against her and she defeated it with no intention to wield it.

Ragnarok revealed Odin’s past, showing how he was a ruthless ruler, willing to decimate countless innocents in his drive to conquer. While he did quiet down in the later years of his life and embrace a rather benevolent aura, it was plain as day that he favored those who showed strong leadership qualities and the confidence to win.

Maybe in Odin’s estimation, being worthy means being someone with the will and the discipline to lead his people to victory? Despite the fact that Hela cut a path of bloodshed wherever she went, there’s no denying that she was a leader with the will to win regardless of the consequences.

Does Mjolnir’s wielder need to be sure of their worthiness?

There is also a very popular MCU theory that it all depends on how worthy a person deems themselves to be as it would explain why Hela could destroy the hammer. According to the theory, she saw herself as a worthy ruler of Asgard and thought that her methods to achieve the same were just.

But, as enticing as that theory is, it just misses the mark. All you have to do to is to remember Avengers: Endgame and the depressed Thor who traveled back in time. It goes without saying that the dejected and defeated God of Thunder was feeling more like a nobody when he called for Mjolnir in Asgard and was elated to discover that the hammer still thought he was worthy. That’s as definitive a counterargument to put this theory to rest as you can get.

Does this mean that the power to decide who is worthy rests with the hammer? Well, the possibility that apparently the hammer is choosing who is worthy is backed by its behavior in the Marvel comics.

Mjolnir is the one choosing its wielders

In the MCU, all we know about the hammer is that it is made of a special metal called Uru found in the heart of a dying star. But in the comics, its creation had one additional step — the super powerful cosmic storm, God Tempest, was trapped in the chunk of Uru by Odin. We’ll leave delving into the how or why to another day. Because the takeaway here is the cosmic energy that ended up in Mjolnir is not that of an inanimate object working because someone enchanted it — it has a sentient being inside it.

As the story goes in the comics, Odin had a very hard time wielding the hammer because he failed to contain the raging power of God Tempest who kept trying to rebel against the All-father. Thus, Odin put the worthiness enchantment on it which made it impossible for just anybody to lift it. While Thor was able to bypass the same and eventually wield the hammer thanks to his “worthiness,” what if it was the God Tempest who allowed the God of Thunder to wield the hammer?

Yes, there are instances where a person’s drive to do good instead of seeking power — a lesson young Thor learns in Thor #14 — is a deciding factor of who can wield the hammer in the comics. But there are also many characters who were, for lack of a better word, unworthy of lifting Mjolnir, like Loki, Magneto, Silver Surfer, etc. and yet they wielded it all the same. This only means that the hammer has sentience and actually chooses who can wield it, whether they are worthy or not. Yep, looks like the hammer has a rather mercurial temperament.

While the MCU has barely explored the origin and history of the hammer, Mjolnir has finally started showing that it is not just a mindless weapon that caters to the enchantment placed on it. In Thor: Love and Thunder, it calls out to Jane. It felt more like the hammer wanted to help Thor and less about his ex-girlfriend being worthy, as towards the end it actually approaches a dying Jane so she could wield it one last time to protect Thor from Gorr.

It is now clear that the hammer has a mind of its own in the MCU as well. Who knows, just like the MCU retconned the entry requirements for Valhalla, there will come a day when it will be revealed that there is no existing criteria to decide who can or can’t lift Mjolnir as it has the agency to decide who gets to use it.