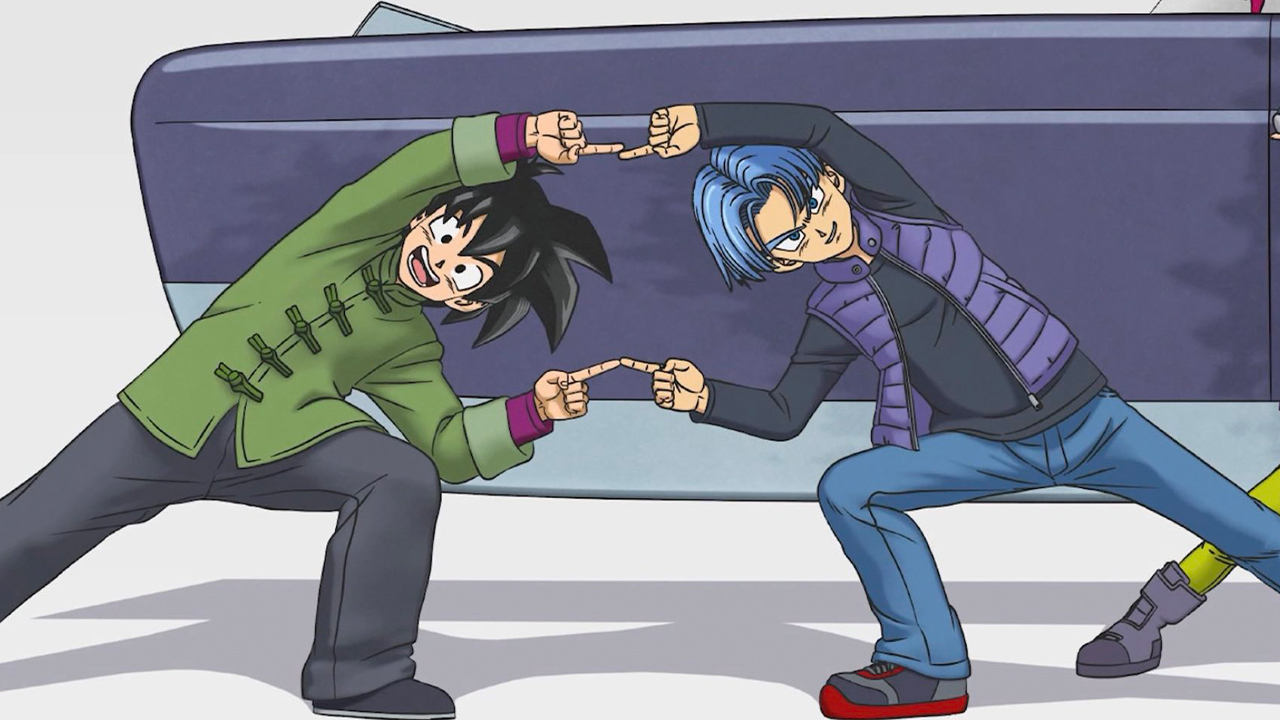 Last week fans got a look at some familiar faces who will be returning in Dragon Ball Super: Super Hero later this year, namely Gotenks and Trunks. However, one thing fans quickly noticed was that they aren’t young kids anymore, but teenagers.

Obviously, this raises plenty of questions as to when the film takes place, but also whether or not the pair of Saiyans will still take advantage of the power of fusion. In the new promo artwork, the pair are seen doing the Fusion Dance, but producer Akio Iyoku wouldn’t give fans a straight answer when asked whether this means that pair will utilize their abilities in the film.

Since the release of the promotional material, fans have been convinced that Gotenks will make an appearance. During a recent Dragon Ball Super: Super Hero online panel via ComicBook, Iyoku was asked exactly that, and answered with a vague response that doesn’t leave any door definitively open or closed.

“When it comes to these two, they’re going to do the Fusion at some point. I’m not sure how that’ll play out in the film, but if they’re both there, they might have done it.”

With this response, we can theorize that things might not go so smoothly for the pair now that they’re grown. In Dragon Ball Z we’ve seen plenty of failed fusions already, even when the two characters first attempted to form Gotenks.

For the optimists, this answer (along with the new visuals) could be the confirmation we need that Gotenks is back. Of course, we won’t know for sure until we can check out the end product for ourselves when it arrives in theaters on April 22.