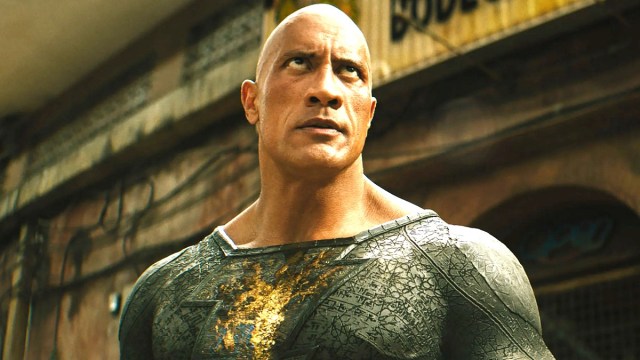 Dwayne Johnson is once again teasing what is building up to be a game-changing secret reveal in the forthcoming Black Adam that he is calling a “little surprise” for DC fans everywhere.

At the red carpet premiere of the film in New York City Wednesday, which was broadcast live on DC’s TikTok, Johnson explained why everyone should go see Black Adam, including an Easter egg or two and more:

During that same red carpet event, Black Adam producer Dany Garcia also hinted at an end-credit scene in the movie that she described as six years in the making.

It’s not entirely clear what the secret of Black Adam is exactly, but Johnson has heavily hinted at Superman recently, even going as far as to say he believes Black Adam facing off with the big blue boy scout is basically an inevitability in a future movie.

Henry Cavill, who played Superman in 2013’s Man of Steel in what turned out to be his character’s only solo film in the world of DC, has been a fan-favorite actor for years. Johnson has also spoken warmly of Cavill and has stated that the two are friends. Of course, DC fans have been burned in the past when it comes to Cavill. But perhaps holding out a tiny bit of hope for the actor’s return may be appropriate, given all the hint-dropping that’s happened lately.