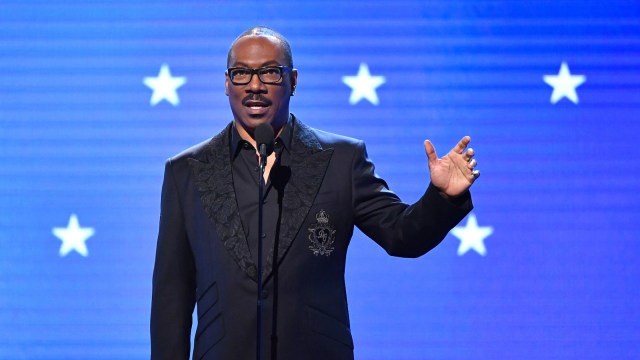 Actor and comedic legend Eddie Murphy, who made Coming 2 America for Amazon Prime Video last year, is circling a biopic about George Clinton for the service, and now, he has a new project at the platform which will see him go explore Candy Cane Lane.

News of the Christmas-set project’s existence is revealed today in a Deadline Hollywood article. The plot details are being kept under wraps, but the film is based on writer Kelly Younger’s holiday experiences. We do know it will be directed by Django Unchained veteran Reginald Hudlin with Murphy also serving as a producer. Hudlin, who worked with Murphy and Brian Grazer on the 1992 film Boomerang, is excited to be back with the pair and bring his real-life holiday spirit to the project.

“The holiday season is my favorite time of year – just ask my family about my nine-hour Christmas playlist. I’m excited to be working again with Eddie Murphy, Brian Grazer and Amazon.”

Candy Cane Lane will premiere on Prime Video in more than 240 countries and is the first movie under Murphy’s three-picture and first-look film deal with Amazon Studios signed after Coming 2 America. It is set to start shooting this winter in Los Angeles and, for Amazon’s Jennifer Salke, it is a chance to get audiences regardless of where they live in the world and what they believe.

“As we know firsthand with our hit Coming 2 America, Eddie is someone who brings global audiences together, and we can’t wait to make it happen again. We look forward to seeing the multi-talented Reggie Hudlin take the helm in bringing this future holiday classic to life!”

Before this, Murphy will be seen in You People for Netflix later this year.