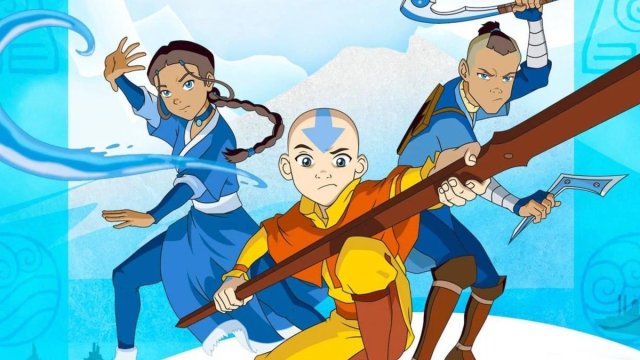 Avatar: The Last Airbender
Review of:

People started making the connections between the two when Pixar released a teaser trailer about the film. Sohn said despite the similarities, Avatar never influenced what he was doing. “No, it wasn’t a touchstone, but I love the show,” he told EW.

“I saw it with my kids and it’s great, but we’re so different from it. There’s no martial arts in our world. There’s not anything like that. It’s this city story with the romance, and this family drama. But I do appreciate the connection that people are making just ’cause they love that and hopefully they can love this, too.”

In the trailer, we meet Ember (Leah Lewis) and Wade (Mamoudou Athie) in a subway car on their ostensibly on their way to work. We see all sorts of “elemental” creatures on the bus like plants and clouds and various others. Ember drops her headphones and Wade drips on her when they both try to pick them up.

That, he said, was the starting point for the whole movie: what if water and fire fell in love?

Sohn said another inspiration for the movie was his parents. “Growing up, I always saw my parents a certain way, but then when I hit my 20s and got a real job versus working at my family shop, I saw them as people.” This mental switch, he said, affected him a great deal.

“All the stories they told me of their journey here I took for granted until I was like, ‘Oh my God, they did this without speaking the language. They did this with no money. My dad was a hotdog cart guy and he made all this. I could never do that.’ My empathy grew for them.”

Sohn said that’s what’s at the heart of the movie: empathy, belonging and “what assimilation or a melting pot might be.” He didn’t want something heavy and melodramatic though, pushing for more of a “hopeful, fun vibe.”

It wasn’t all fun and games during the filming though. Sohn actually lost both his parents while he was making the movie. “”I’m still going through this journey of, what am I appreciating and how do I honor them?” he said.