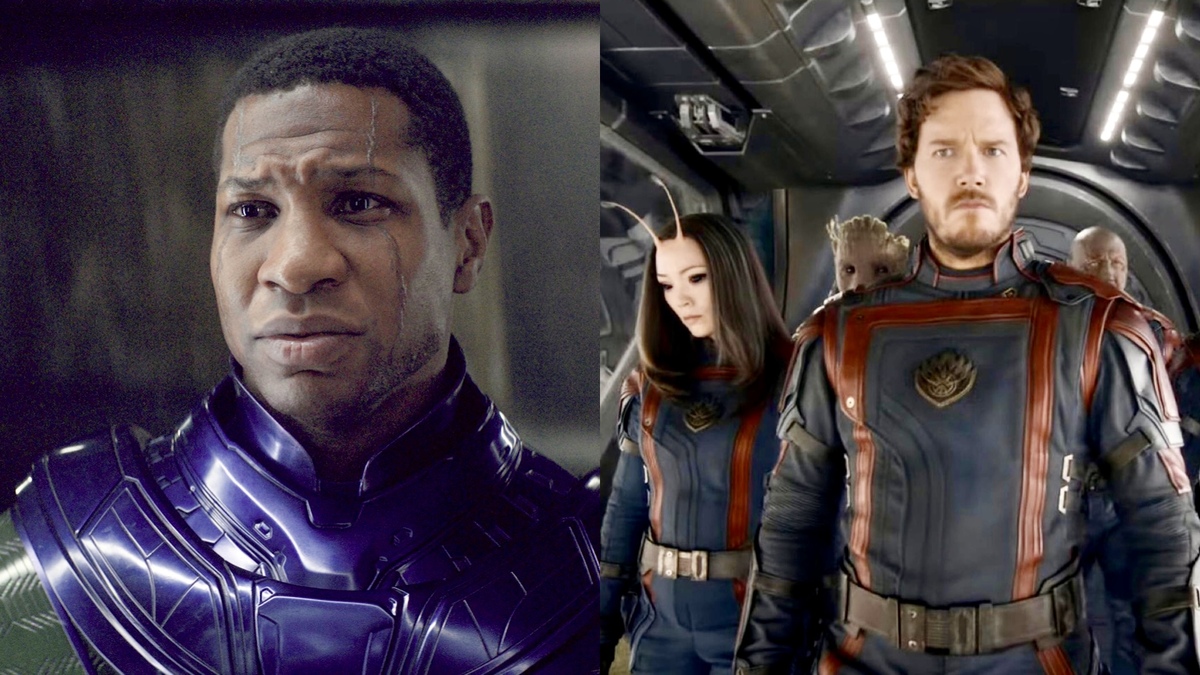 The MCU closed out Phase Four with a bang with Black Panther: Wakanda Forever as its final theatrical release, She-Hulk: Attorney at Law as the final series, and The Guardians of the Galaxy Holiday Special as a holiday treat to the fans, and last release overall.

The fifth phase of the MCU begins in February 2023 and will continue into 2024. There will be a return of familiar favorite heroes and villains, as well as some new and exciting characters that have been long due for their live-action representation. With only a few weeks to go until Phase Five kicks off in full force, here are all the MCU movies and TV shows slated for a 2023/2024 release, ranked from least to most anticipated.

Kathryn Hahn was a major scene-stealer as Agatha Harkness in WandaVision, causing fans to react with elation when Coven of Chaos was announced. However, not much is known about the plot of the show, and while fan speculations have been ongoing, there’s not much concrete information to latch onto. Many are holding out hope that we will see a cameo from Elizabeth Olsen’s Scarlet Witch, but there’s also no assurance of this. Some cast members that have been confirmed include: Joe Locke, Audrey Plaza, and Hannah Waddingham, but with many months till its release, probably in late 2023 or early 2024, it’s going to take more than a brilliant cast to build the hype surrounding this series.

What If…? was a huge success despite its experimental nature for the MCU as its first animated series. The first season explored alternate universes depicting what would have happened if some small details were changed from the stories we were already familiar with. The show was praised for its animation style and daring plotlines, and a second season has been confirmed to be released in early 2023, while a third season has already been greenlit. Marvel has confirmed that Elizabeth Olsen will be voicing the Scarlet Witch, Cate Blanchett will be voicing Hela and next season is going to shed some light on the mysterious Watcher.

The MCU is the home of epic team-ups and The Marvels is one of the latest offerings that has fans buzzing. Following the release of Ms. Marvel in 2022, the MCU has announced that the Captain Marvel sequel will include Kamala Khan and a newly powered-up Monica Rambeau alongside Carol Danvers in a female-only superhero trio. Not much has been revealed about the movie yet, but fans are also expecting a worthwhile female villain, and an appearance from the ever-present Nick Fury. The current release date for The Marvels is July 28, 2023, although that may be subject to change.

Slated for a mid to late-2023 release, Echo is going to revisit the character of Maya Lopez, played by Alaqua Cox, who was introduced as an antagonist in Hawkeye. Fans are excited to see beloved characters like Vincent D’Onofrio’s Wilson Fisk and Charlie Cox’s Matt Murdock/Daredevil make appearances in the show, especially as Fisk was featured in the Hawkeye finale and his relationship with Echo was highlighted. The show is also highly anticipated for the deaf and indigenous representation that the character is going to bring to the screen on a much larger scale.

Dominique Thorne made her MCU debut as the young genius Riri Williams/Ironheart in Black Panther: Wakanda Forever and fans couldn’t get enough of her witty comebacks and sharp attitude. Not much is known about what the show’s plot is going to be, but Marvel has confirmed that Anthony Ramos will be starring as one of the show’s antagonists — Parker Robbins, also known as The Hood. Ramos’s character has been described as an intriguing dark magic user, and with other names like Elden Ehrenreich and Manny Montana attached to the project, it’s no surprise that many can’t wait for this series.

Loki has always been a fan-favorite character in the MCU, so when Tom Hiddleston got to head a show about the beloved god of mischief, it was no surprise that the show did amazingly among viewers. Loki introduced the multiversal elements of Phase Four, as well as the Time Variance Authority, and most importantly, Kang the Conqueror, the overarching villain for the upcoming Phase. After the cliffhanger in the first season, fans have been bursting with theories on what the second season will be about. The second season of Loki will be released by mid-2023.

It’s no surprise that a show headed by Nick Fury is so high on this list, as he is one of the most charismatic, yet mysterious characters in the MCU. The former head of S.H.I.E.L.D. will be leading this project alongside the Skrull general, Talos. In Secret Invasion, Fury investigates the shape-shifting aliens who have slowly been invading the Earth in disguise as humans, and the series boasts a star-studded cast of new characters played by esteemed actors: Olivia Coleman, Emilia Clarke, and Kingsley Ben-Adir. Secret Invasion will be released in early 2023.

Ant-Man and the Wasp: Quantumania

The release of the trailer of Ant-Man and the Wasp: Quantumania sent Marvel fans into a frenzy when it was revealed that Kang the Conqueror will finally be making his big screen debut in this movie. Formally introduced in the season finale of Loki, Kang, played by the incredible Jonathan Majors, is a multiversal threat and the kind of big bad that fans have been waiting for since Thanos was defeated at the tail end of Phase Three. The third Ant-Man movie will see Paul Rudd reprise his role as Scott Lang, as he explores the dangerous quantum realm alongside his family, all while facing his biggest threat yet. Ant-Man and the Wasp: Quantumania is slated to be released on February 17, 2023.

Guardians of the Galaxy Vol. 3

Without a doubt, the third installment of the Guardians of the Galaxy franchise is the most anticipated arrival for 2023. The Guardians represent the cosmic and goofy side of the MCU and boasts some of the universe’s most beloved characters. Much of the plot of the movie isn’t known yet, despite what was revealed in the recent release of the trailer. Thankfully, even with little information to hold on to, fans can already tell that the movie is going to be emotional and introspective, with the Guardian’s usual brand of humor injected to keep things fun. Guardians of the Galaxy Vol. 3 has been confirmed to release on May 5, 2023.