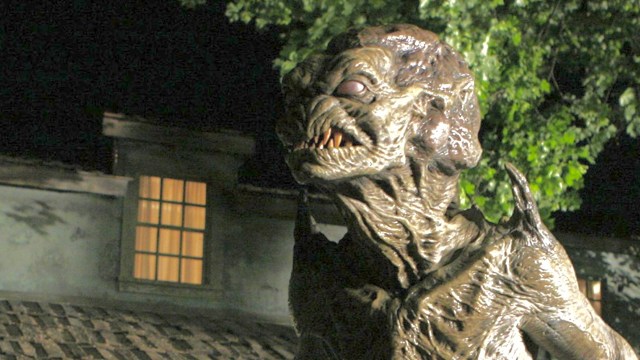 Halloween may offer unique costumes, tasty treats, and scary stories, but it also warrants revisiting cult classic movies. A notable film franchise that fans never get enough of each year is Pumpkinhead.

The first of the Pumpkinhead films was released in 1988, and there have been three sequels since then. Last year, Paramount Players announced that a reboot is in the works for the beloved series, so fans can expect some new spooky content in the coming years.

The four films all featured a disfigured demonic entity known as Pumpkinhead and usually had themes of revenge killing. Though fans may have differing opinions on the movies, here is our ranking for all the Pumpkinhead movies, from worst to best.

When it comes to franchise films, the first sequel often finds itself receiving the harshest criticism, and this is the case for the Pumpkinhead franchise. Blood Wings was released direct-to-video and is often regarded as the least impressive Pumpkinhead movie. Here, Pumpkinhead is resurrected in the body of a boy named Tommy who was the ward of a witch named Ms. Osie. Tommy is murdered by a group of teens as the film begins, and 35 years later, he is resurrected and begins to take revenge on them. After killing his murderers, he turns to a group of teenagers who harmed Ms. Osie, but he is eventually killed by the Sheriff, who used to be friends with Tommy as a boy.

While many fans of the franchise still enjoy the sequel, most see it as less engaging than the original and criticize it for its lack of connection to the first movie.

Blood Feud takes inspiration from the real feud between the Hatfield and McCoy families and adds a horror twist to it with Pumpkinhead. In this movie, Jody Hatfield and Ricky McCoy are in love but have to hide their romance due to the tension between the clans. Jodie and Ricky are sneaking off into the forest when some of Jodie’s brothers accidentally kill Ricky’s sister, Sarah. Enraged, Ricky goes to the witch Haggis to seek revenge, despite being warned by Ed Harley’s ghost not to. He summons Pumpkinhead to murder the Hatfields. This leads to a full-blown war between the two families and many deaths on both sides until Ricky himself decides to end things, killing himself with Pumpkinhead.

It’s not the weakest entry in the franchise, but many fans found the plot very unsatisfying, especially compared to Ashes to Ashes, which was released just a year prior.

Most Pumpkinhead fans regard Ashes to Ashes as the best sequel for several reasons, whether that’s the gruesome and creative death scenes, the connection to the original movie, or the unique plot. Ashes to Ashes is set in the same town where the original movie takes place. In the film, the townspeople are outraged when they find out that the local mortician, Doc Fraser, and his team have been harvesting the organs of their dead and dumping the bodies in a swamp. A group of them consult the witch Haggis who helps them resurrect Pumpkinhead in Ed Harley’s body. As Pumpkinhead murders all the people involved in the body dumping, Doc Fraser goes on his own killing spree, killing all the people involved in Pumpkinhead’s resurrection before the demon gets to him.

The original Pumpkinhead is undoubtedly the best in the franchise, mostly thanks to the director and creator, Stan Winston. Pumpkinhead marked his directorial debut and his first step away from his past work as a special effects artist. The movie follows a widowed man named Ed Harley. When his son, Billy, is killed by a group of teens, he seeks help from a witch named Haggis to get his revenge, but is warned that a heavy price will be paid. She helps him resurrect a demon named Pumpkinhead who goes on a killing spree on the teenagers responsible for Billy’s death. When Ed eventually discovers that he is connected to the monster, as he experiences the murders as Pumpkinhead commits them, he ultimately sacrifices himself in order to kill the demon.

The first film in the franchise, Pumpkinhead is beloved by many fans for its emotional plot and well-made horror sequences.