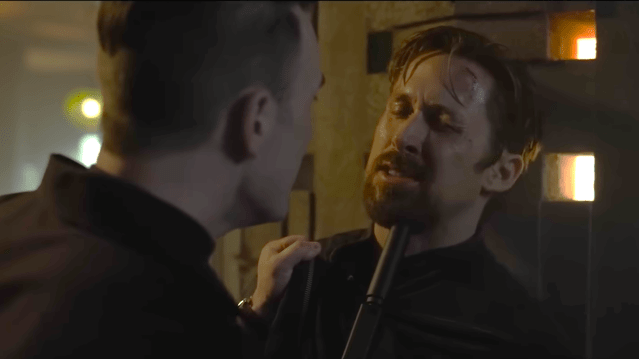 The Russo Brothers are the directors responsible for some of the highest-grossing films of the last decade. Of course, they’re best known for their contributions to the Marvel Cinematic Universe (MCU), including Avengers: Infinity War and Avengers: Endgame, but they’ve also filmed other non-Marvel movies as well.

Depending on your level of Marvel fandom, this list will either make you very happy or extremely annoyed that the Russo’s non-Marvel movies aren’t getting the love they deserve (a little foreshadowing for you). Here’s a ranked list of all their movies, from worst to best. Starting with, well, the worst.

You, Me and Dupree

There was a time in the mid 2000s when you couldn’t finance a movie without having Owen Wilson involved. He was in basically everything, and so of course he appears in this classic where the synopsis seems to be “add Wilson to this and it’ll be a hit.”

It kind of worked, as the movie made $130 million on a budget of $54 million, but neither audiences nor critics really sang its praises. It has a score of 20 percent on Rotten Tomatoes and a 50 percent audience score. It didn’t help that the plot was put together with old Hollywood tropes (the Odd Couple trope is a classic I guess).

Even back then, critics felt like the Wilson schtick was wearing thin. In a review for the Toronto Star, critic Peter Howell said that “Owen Wilson is perilously close to doing a Dupree on his own career, by wearing out his welcome.”

Fortunately, the Russo brothers were just getting started.

What do you do as an encore after you make the highest grossing film of all time? How about a heavy story about PTSD, bank robbing and addiction for Apple Plus? Giving Holland a chance to branch out from his usual superhero fare, Cherry follows Holland as a man with severe PTSD from war who robs banks to finance his drug addiction.

While Holland was praised for his performance, critics complained that the movie was a little too formulaic and it sits at a 37 percent Tomatometer score. Randy Myers, the film critic at the San Jose Mercury News, said the Russos didn’t exactly nail this one.

“Holland flings himself into the role, and sweats desperation every second. But the Russos undermine him at every turn….”

Honestly, making an artsy film about the effects of war and addiction is a good move but the directors didn’t exactly nail it.

It was supposed to be a blockbuster spy thriller, and if you take out the word thriller and sub it with movie then it is. The pedigree on this movie is out of this world: Ryan Gosling, Chris Evans and Ana De Armas are all worth the price of admission (a Netflix account).

There are explosions, quips and Evans in a cop mustache. On the surface, everything’s there – except a good script. If you ignore that though, it’s kind of a fun movie. Almost more fun with the sound off. It’s a little hard, also, to know how this movie will be appreciated in a few years. Is it destined to become some a sort of cult classic? Probably not.

It feels like a mixtape, pulling bits from a bunch of much better, much more daring action movies, to create a medley that is mediocre at best.

The New York Post critic Johnny Oleksinski had some pointed words as well.

My barista could have been cast as the lead of this action-thriller, and the film would be absolutely no different.

Despite these brutal takedowns, the movie is one of Netflix’s most popular to date. Which means we’ll be seeing more of the Gray Man universe in the future. Which, depending on how you feel about the movie, is either great news or terrible news.

The Russos first film is probably their least known, but it was the one that got them on the map. Starring a veritable who’s who of actors from the early 2000s, this slapstick heist movie features the brothers signature blend of action and humor.

It also features George Clooney as a curmudgeonly safe cracker in a wheelchair. It’s a remake of a 1958 Italian movie called Big Deal on Madonna Street (I soliti ignoti). It has a few funny moments, but it wasn’t exactly a smash. As per usual, many critics, like Nick Schager from Matinee Magazine, didn’t like the film.

It was definitely enough to score another film for the Russos, but unfortunately that next movie was You, Me and Dupree.

The next four movies on the list are pretty obvious choices and also the best in the Russo catalog. They also happen to be the Brothers’ highest-grossing and widely seen films. Coincidence? Probably not.

Infinity War was an out and out smash, and ended on a cliffhanger so huge that it had reverberations all throughout the MCU. The cast was a comprehensive collection of Marvel stars in this movie, and it served as the ending of the Marvel Infinity Saga that started with Iron Man in 2008.

There’s nothing really bad to say about this one (depending on how you feel about superhero movies). It acts as an archetype for all movies after it, and it’s just really… good. It almost makes You, Me and Dupree worth it. Why is it not on the top of the list? You’ll see.

This one’s hard to dislike. This was the first huge MCU movie after The Avengers in 2012, and it did not disappoint. The heroes were divided into two camps based around the regulations of superheroes. Some were into it, some were not.

The Russos found their footing with this one and really swung for the fences. It worked. It’s tense, fast-paced and incredibly entertaining. It was also jam-packed with superheroes from all over the MCU, and the stakes never felt higher. It’s pound for pound one of the best Marvel movies ever.

This one’s important because it’s the Marvel movie that The Russos first tackled. It shows that superhero movies can be more than just family popcorn fare — they can be rife with emotion, high-stakes and incredible writing. It’s a complex story well told with narrative beats that you would see in a tearjerker.

The movie relies on character over spectacle, but the spectacle is incredible. It feels like an actual comic book come to life.

A lot of people think this is one of the best Marvel movies, period, and its Rotten Tomatoes audience score reflects that with a rating of 92 percent. Critics agree with that sentiment and the film is Certified Fresh with a 90 percent.

Robert Sims from Lights Camera Austin singled out the Russos in his review.

Directors Anthony Russo and Joe Russo go for broke not just in the way they stage some of the biggest and most impressive action sequences to be found in a Marvel film, but also in changing the course of the Marvel Cinematic Universe.

I don’t think it’s legally allowed to put this on any list of Marvel movies in any other slot than the top, much less a Russo Brothers list. It’s difficult to explain the impact this movie had. It was everywhere, and everything people talked about.

It came out right before the pandemic so it didn’t have to deal with the theater issues that were on the way, and it featured every important Marvel superhero storyline, handling it beautifully. The cliffhanger from the previous film made for some of the most dramatic stakes to date as well.

It made more money than a small country does in a month, breaking box office records left and right, and made more money than its predecessor in 11 days of its release. It is the second highest grossing film of all time behind Avatar — and the only reason that movie made more is because it was re released in China in 2021.

All this is thanks to The Russos and their ability to take something originally intended for kids and make it universal, grown up and really poignant. Critics loved it too and its critic score is higher than the audience score — a rare instance for a superhero movie.

Oliver Jones, the critic from the Observer, summed it up nicely:

“What you will be getting when you walk into an inevitably overstuffed movie theater is something singular that reflects our age in a way that none of the MCU films that preceded it have-indeed, very few Hollywood spectacles ever have.”