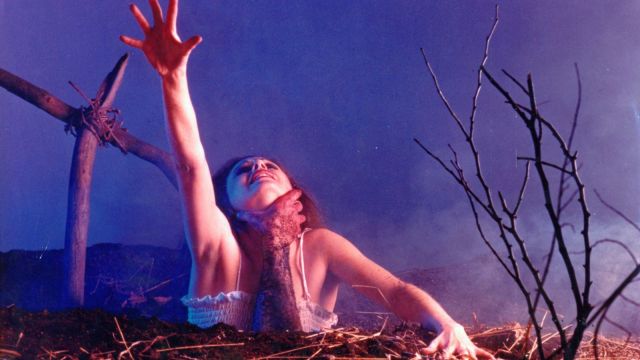 The highly-anticipated Evil Dead Rise has been upgraded from a streaming exclusive to a full theatrical release, its director confirmed.

Originally intended to be an HBO Max exclusive, Evil Dead Rise will be spooking audiences across the globe in cinemas. This comes as a slight shock, given the various issues and setbacks being experienced by a multitude of projects such as Batgirl, Scooby-Doo, and Batman: Caped Crusader on the streaming service.

Director Lee Cronin shared the news on his social media, with him tweeting that the “Evil Dead shall RISE!” and that the “countdown to carnage had begun” for its new April 2023 release date.

Originally intended to be a sequel to 2013’s Evil Dead, it later got scrapped after director Fede Álvarez became an “artist in demand” according to long-time Evil Dead alum Bruce Campbell. Following this, a completely fresh movie was announced with Irish director Lee Cronin.

Evil Dead Rise was confirmed, and it didn’t take long for it to get its cast in order. Three Australian actors joined the cast — Alyssa Sutherland, Lily Sullivan, and Morgan Davies — with the film shot in nearby New Zealand. Where exactly this film fits into the Evil Dead timeline is unclear: originally a sequel to 2013’s Evil Dead was intended to be Army of Darkness 2 but that idea later folded into Ash vs. Evil Dead.