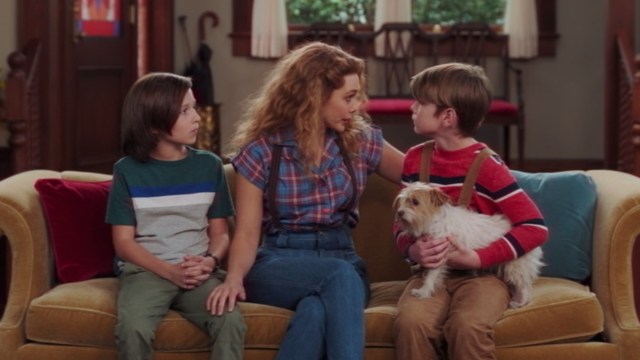 Image via Marvel / Disney Plus

The Marvel Cinematic Universe has an abundance of loving parents; Tony Stark and Pepper Potts, Hawkeye, Odin and Frigga — the list goes on. However, there’s also a smorgasbord of MCU villains who act as prime examples of how not to raise a child and how not to behave around children in general. Still, the Marvel fans of the internet found it amusing to debate which villains would make acceptable parents — if they had the choice.

You would think that this choice would be harder, especially considering all these Marvel baddies aren’t necessarily fit to be role models. For instance, Ego the Living Planet used his half-human son as a vessel to become a Celestial god and assume dominion over all other planets. On the other hand, Thanos sacrificed his Zehobereian daughter, Gamora, to acquire the Soul Stone in his quest to exterminate half of life on Earth. If that wasn’t bad enough, Wanda Maximoff enslaved a whole town in order to live out her happily-ever-after with her husband Vision and their two sons, Billy and Tommy.

For some Marvel fans, the decision to narrow down the “least evil” supervillains of them all was a pretty easy one. For others, the decision wasn’t so straightforward. It seems that Wanda Maximoff and Gorr the God Butcherer (a charming name for a father) are the stand-out winners, with almost 200 upvotes on u/EamusAndy’s comment. As for the reasoning behind the choices, Wanda and Gorr are somewhat justified in their actions because their kids were at the forefront of every moral choice. That must count for something, right?

For a close second, Wanda Maximoff remains the must-have mother figure, but Gorr is replaced by Baron Zemo, a criminal mastermind who sought revenge against gifted individuals such as the Avengers after the battle of Sokovia, his native country. Essentially, Zemo feels the insatiable need to assassinate anyone that disagrees with him. He sounds like a model father, doesn’t he?

Even though Zemo and Gorr are interchangeable as the chosen fathers, it seems that Wanda Maximoff is the go-to choice for parental guidance. If the Scarlet Witch is willing to murder a teenager just to possess the coveted superpower necessary to travel between dimensions — all for the sake of her sons — then she must be somewhat decent at heart. Honestly, though, who would want any of these Marvel villains as their parents?