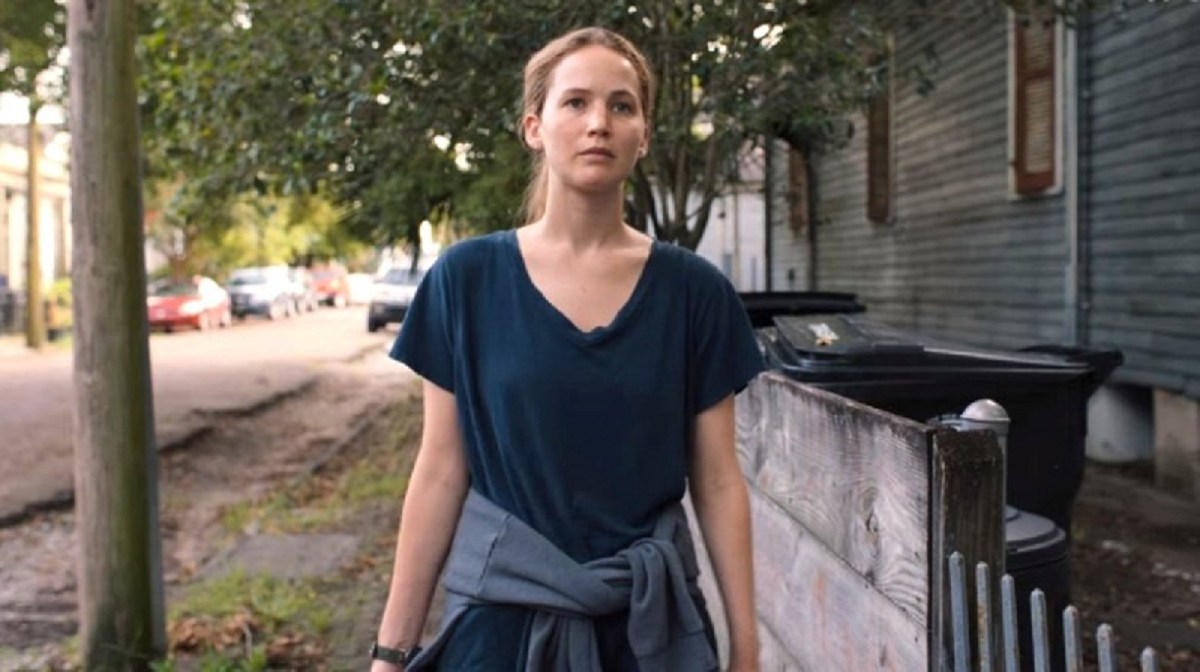 Oscar-nominated production designer Jack Fisk has a famous wife in Sissy Spacek, and a filmmaking father-in-law in David Lynch, plus Alejandro Inarritu on speed dial. Having worked with The Revenant director, as well as Paul Thomas Anderson for There Will Be Blood, it is fair to say Fisk comes with experience.

For his latest collaboration with director Lila Neugebauer and star Jennifer Lawrence, he embarked on a character-driven voyage of discovery in Causeway, an Apple original film which already has significant Oscar buzz around it. Fisk recently took time out to talk to We Got This Covered about his involvement in the project, as well as what made the project such an intriguing proposition.

How did you first get involved with Causeway?

I was sent the script and then I met Lila. She’s just like an infectious, energy driven, brilliant person and I wanted to work with her.

In terms of the project, was it the subject, story, or Lila, the director, who piqued your interest?

The thing that really attracted me was to see Jennifer Lawrence in a serious role, like Winter’s Bone or one of her earlier films. I’ve always loved her as an actress and it was great that by working on this film I got a front row seat to see her do this. When Brian [Tyree Henry] came on it became even better and more exciting.

For Lila this is her first feature so it was kind of an unknown, she was exciting as a personality but I knew Jennifer and she was venturing into something exciting, like her roles of the past and I was excited to see that happen. Being married to an actress I’m always excited about the actors’ contribution to any project.

How did you achieve the lived in look, which so benefits both the storytelling and character creation on this project?

We searched around to find locations that took place in New Orleans but didn’t scream New Orleans. I think that when we found her house, which was a location, it was so exciting because it was a house – most of the houses in New Orleans are low homes and they are the same. This was a little different, it had windows on all sides, it wasn’t locked up to another house so it was good for lighting, it sort of set it apart, it had kind of a timeless quality to it even though it was worn down when we see it, it looked like at one time it might have had a nice family there.

I don’t know what happened to her father, but her mother was there raising two kids and it had to be difficult in that house. We set it up to show how overwhelming life can be sometimes when it’s just you and you can’t do everything. I mean a lot of us are overwhelmed by the day to day and I think the mother (Linda Emond) beautifully played that. She was struggling not only to raise the kids but to maintain the house, maintain her own social life and deal with the whole family.

It came to my mind when I was watching the film that Lynsey is overwhelmed by everything, because she was just stepping back into real life and driving in New Orleans. A car honks at her and yells at her to get off the road, and it made me think that everyday we kind of interact with people on the street and we don’t know what traumas they’re just experiencing or that they’re carrying with them. It made me feel that I need to be more aware of other people.

I like that about the film, that we all have some baggage, some traumas, that we’re surviving and living with. The quietness of the film gave me, as an audience member, time to reflect on that and made me want to be better, do better, be nicer to other people.

Environments and worlds are kind of the same thing because our environment is our world, but I really work through character and that’s one thing that attracted me to this piece. I’ve worked on some films where the characters in their lives weren’t important and they’re not as rewarding for me. It’s like every piece of furniture, every picture on the wall, every dirty fork, it’s motivated by the character. So you want to create an environment that reflects their lives and tells the audience member in just a quick moment more about them. I think that as designers on this type of film, that’s one of our challenges and one of the excitements. We can enlarge the character, we can tell you more about the character because of their environment.

In terms of directing style, how does Lila differ from someone like Terrence Malick, Paul Thomas Anderson, David Lynch and Alejandro Iñárritu?

Every director is different in the way they work. Alejandro when I met him, I sort of saw this passionate artist and I said this is not going to be easy but it’s going to be fun, and it pretty much turned out that way. I love Alejandro and I loved his excitement and the way he approached the film [The Revenant], it really was a complete piece. He was involved in every punch, every fall, even behind the monitor taking the kicks in the cold and everything.

I remember being out on location with Alejandro and Chivo [Emmanuel Lubezki] the cinematographer and they would start thinking about the scene and pretty soon they would be wrestling on the ground and fighting and running out into the water. It was above and beyond what many directors are able to do and it was exhilarating. I mean we were out in nature so that was fun and then to see both of them, these Mexican filmmakers are so passionate that if you ever get a chance to work with them you should, they’re not disappointing at all.

The other directors have different attributes that are just as strong and wonderful to work with but they’re all different. Going from one film to the other is not like you’re doing the same repetitive job day after day. I choose films carefully because I know it’s going to involve maybe a year of my life, or half a year, and you know it’s about what do you want to do, how do you want to spend that year, who do you want to be with and how do you want to grow. I consider myself one of the luckiest designers working because I’ve got to work with so many artists, they just feed your need for creative participation in the world.

As a production designer what continues to fascinate you about the film industry?

When you do smaller films, like Causeway, it would be easy on the budget of The Revenant or even There Will Be Blood, but they trick you and they cut the budget way down and they cut the amount of time you have. So it is like they are tying your arms behind your back but you’re doing the same job. It’s a much smaller scale but they put financial limitations on you, so it kind of comes out about equal.

It’s a common thing in the art department, you never quite have enough money, you never quite have enough time and that excites me. When I got into film I got so excited, because I was a painter sculptor and I would move from one studio to the other and I’d have all this work and I’d try to carry it with me. Things would get damaged or I would just get too tired and just leave it in the cellar house I’m living in.

Then when I got into film I had this same excitement about building sets as I did building sculptures and there seemed to be a purpose to it, and I wasn’t alone like you are in a studio, suddenly there’s other people around and you’re interacting with them, so that was exciting. Then at the end you just destroyed this stuff, you didn’t have to keep it, they recorded it on film so you could look at it later.

You get much more recognition in film than you do in fine arts, unless you’re one of the top dogs, and I love the convenience of it. I need pressure, I need some time limits in stuff to really work, so film did all of that for me. When I’m not working on the film or looking for the film, I wish I was working on the film, you know it’s like I feel kind of complete when I’m pressured and when there’s a challenge.

I remember Paul Thomas Anderson asked me when we started There Will Be Blood, how are you going to build the derrick, and I remember saying “I don’t know, I’ll  figure it out.” He loved that answer because I think in every department, every contributor, there is a challenge, they are finding new territory and trying to discover something about themselves and something about the film. Often looking back I wonder how did I do that.

When I’m working on a film, my perfect Sunday afternoon is waking up without an alarm, never getting out of my pajamas, making French toast and reading and catching up. It’s like a time when you can catch up, so I treasure Sundays because when I was younger I worked seven days a week and now I take Sundays off. It really is a time to collect yourself and make up on some that sleep you lost during the week.

Causeway is now streaming on AppleTV Plus.