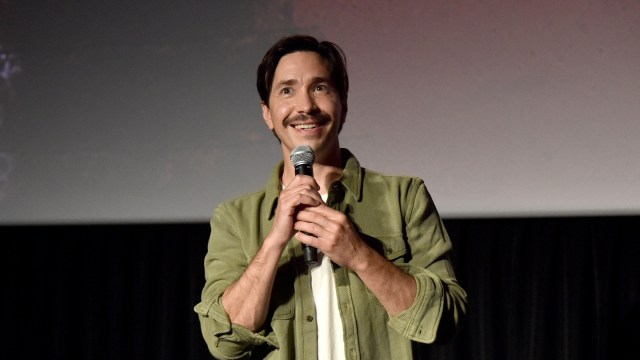 Horror veteran and actor-comedian, the 44-year-old Connecticut native Justin Long has been in the scare game for decades. Long made his acting debut as Brandon in the 1999 science-fiction comedy, Galaxy Quest, but it wasn’t until his role as Darry Jenner in Jeepers Creepers (2001) that he started making waves in the realm of horror. His performance as Darry earned him a nomination for Best Performance by a Younger Actor at the Saturn Awards.

Two years later, he reprised his role as Darry in a cameo appearance for Jeepers Creepers 2 (2003). Unfortunately, the severe lack of Justin Long and a lackluster storyline meant that the sequel couldn’t live up to the standards set by the original, so it flopped. Since then, he has starred in a number of influential horrors, namely Drag Me to Hell (2009), Tusk (2014) and more recently, Barbarian (2022).

Despite his groundbreaking role in Jeepers Creepers kick-starting his career, it seems to have taken over 20 years for Long to take his rightful place among the other scream queens/kings of the last few decades. It was his role as A.J. Gilbride in Barbarian that got the internet talking. Horror fanatics and moviegoers alike are starting to understand that the secret formula for a successful horror flick is a heaping dose of Justin Long and a side of crazy.

Fans were taking it one step further in analyzing Long’s previous roles. It appears that he either portrays a character deserving of a gruesome demise or one that doesn’t deserve a single hardship in his life, and there’s no in-between.

Some other Twitter users are outraged that it’s taken so long for the community to recognize Long’s talent, especially when his most notable roles date back to the early 2000s.

Perhaps now, after his career is given another once-over, he will be inducted into the Horror Hall of Fame.