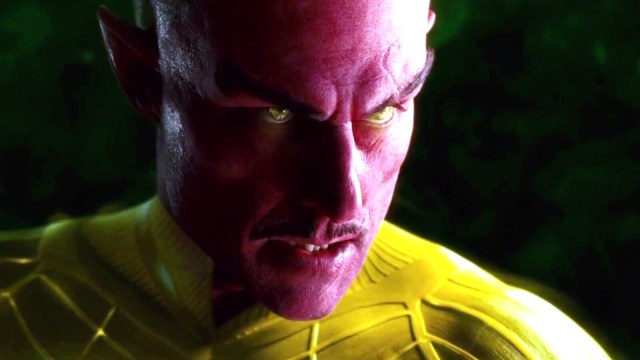 DC fans are in a pretty maudlin mood right now, following the cancellation of Batgirl and the fate of many other upcoming movies feeling uncertain. Maybe that’s why they’re breaking the habit of a decade and are getting wistful for the sequel to the most notorious DC movie ever that we never got. Yes, folks are actually wishing that Green Lantern 2 became a thing.

Redditor u/DeppStepp got the ball rolling by championing the post-credits scene of the infamous Ryan Reynolds flop, which is admittedly one of the best parts of the film. In case you need a reminder, the tag sequence saw Sinestro finally make the switch from Green Lantern to Yellow Lantern, clearly setting him up to be the main villain of a follow-up that never came.

“I’ll never be able to understand how a DC fan can look at this and say ‘nah im good [sic],'” the OP wrote.

It turns out they aren’t the only one who regrets that Green Lantern 2 never happened, as the movie’s surprisingly numerous fans came out of the woodwork to admit how excited they were for a sequel back in 2012.

And that actor is Mark Strong, who later played Dr. Sivana in Shazam!.

In some other universe out there, Reynolds starred in a whole Green Lantern trilogy.

This is not a drill. There genuinely are people out there who really like Green Lantern.

A movie we expected to see not happening? Such is the life of a DC fan.

For those still lamenting the absence of Green Lantern 2 in their lives, Warner Bros. is currently working on a Green Lantern TV series, which appears to be making it through the studio’s HBO Max massacre. If it does make it to the screen — and we’ll believe that when we see it — hopefully Sinestro will finally get the live-action attention he deserves.