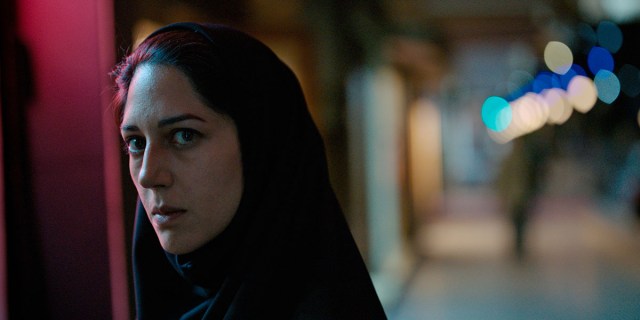 'Holy Spider' is a heavy watch, and is guaranteed to haunt you long after you leave the theater.

In the dark, lonely night, a woman meets a man on a motorcycle. She’s a sex worker, and so far we’ve followed her through several meetings with clients, but this one feels different. She knows something is wrong and tries to leave, but it’s too late, the man is already lunging for her, and soon, she’ll be dead. Holy Spider is the second feature film to depict the events surrounding the killings and capture of Saeed Hanaei, an Iranian serial killer who murdered sixteen women in Mashhad, Iran, from 2000-2001. It is a harrowing, hard look at misogyny in societies, and how far it can resonate.

Directed by Ali Abbasi, Spider takes a look at the killings through the lens of a procedural thriller. At the helm of any good procedural thriller is a determined person (a detective or journalist, usually) who will stop at nothing to get to the heart of the mystery. Here, this role is taken up by Rahimi (Zar Amir-Ebrahimi, in a fierce, brave performance) a fictional journalist written into the movie to help the audience see that the misogyny that made Saeed’s (Mehdi Bajestani) killings possible in the first place drips into every interaction. From the unabashedly cruel and grueling murders to an offhand comment about hiding Rahimi’s hair, Spider wants us to know that even casual misogyny helps the vile, violent actions it inspires thrive.

It is a brutal, but necessary examination of misogyny on every level, even the gruesome ones. We see everything Saeed does to the women, but also his family life with his children and wife. It’s a discombobulating way to show us that even seemingly “good” men can be anything but. The violence, especially, is brutal — there were reportedly multiple walkouts at Cannes.

You see everything Saeed does, and it can be incredibly harrowing. It rides the line between exploitation and necessity, and everyone’s response to the violence on the screen will be different. I think it’s ultimately necessary to understand the scope of Saeed’s crimes and to underscore the brutality of sexism that permeates the entirety of the film. It also heightens the movie’s central tension — since we know who the killer is, will anyone do anything to stop him?

Spider is a heavy watch, and is guaranteed to haunt you long after you leave the theater. It offers no easy comfort, no clean end, and certainly no satisfaction even if the killer is caught. Perhaps, especially now in the wake of the death of Mahsa Amini, it’s important to remember the impact of misogyny in any society is far-reaching, with irreparable repercussions. Spider makes sure we never forget.

'Holy Spider' is a heavy watch, and is guaranteed to haunt you long after you leave the theater.