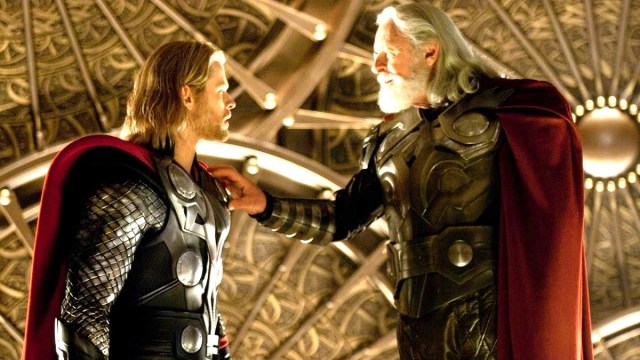 Even though Chris Hemsworth has been playing a character named Thor Odinson for the last 11 years as part of the Marvel Cinematic Universe, Taika Waititi’s polarizing Love and Thunder made it clear that other people are capable of becoming “a Thor” if they’re deemed worthy, with a little bit of Asgardian magic thrown in for good measure.

While it ultimately didn’t work out too well for Jane Foster in the long-run, one intrepid theorist has taken that concept and applied it to another member of the kingdom’s royal family. Using the comic books as inspiration (where the Thorforce and Odinforce imbue the holders with the powers of the deities in question), a plausible explanation has been offered that suggests Hemsworth’s hammer-throwing hero will eventually assume the same mantle as Anthony Hopkins’ cycloptic former ruler.

Even though Hemsworth doesn’t even turn 40 until next summer, he’s not going to be around forever, but having him become Odin keeps the door open for future cameo appearances. Not only that, but the top-voted comment suggests that Gorr’s daughter (the “Love” part of the “Love and Thunder” equation) furthers that notion by having Thor adopt the child of his enemy, which is exactly how his father (and nemesis of the Frost Giants) ended up with Loki.

Of course, as we all know, Asgard is not a place but a people, so that leaves questions surrounding King Valkyrie’s rule of the tourist hotspot, but if we take that concept and run with it – applying it to the suggestion that Odin is not a name but a title – then the theory begins to hold even more water.

It’s fascinating to think about, and there’s a precedent already set in both comic books and MCU canon.