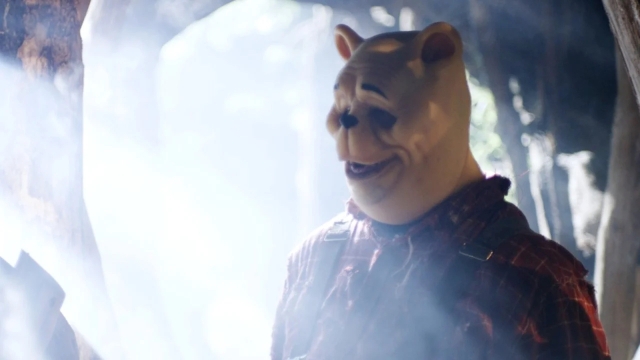 Storybook children’s characters are now experiencing a sinister reimagining as the official poster for Winnie the Pooh: Blood and Honey has been released to the public — and yes, the image of Winnie the Pooh dementedly holding a hammer is truly what nightmares are made of.

As per Dread Central, the poster depicts author A.A. Milne’s legendary characters Winnie the Pooh and Piglet as the two friends prepare to embark on a vicious journey of revenge and destruction. And while Milne’s characters are normally covered in sticky-sweet honey goodness, this adaptation showcases the characters at their worst and most horrifying breaking point. You can check out the official poster down below:

At the helm of the project is director Rhys Waterfield, and when the news initially broke about the upcoming horror movie, horror fans immediately knew it would be awful — but, in true horror fanatic fashion, they simply cannot wait to feast their eyes upon it. The announcement of the horror flick immediately went viral on the internet, prompting Waterfield to discuss plot details and intriguing information about the unfathomable idea.

While broader details have been kept under wraps, a brief logline has revealed that Winnie the Pooh and Piglet set out on this disastrous journey after being abandoned by the normally-sweet Christopher Robin, which has resulted in a lack of food. The brief synopsis is as follows:

Winnie the Pooh: Blood and Honey has yet to receive a release date, but Waterfield revealed that it can likely be expected later this year.