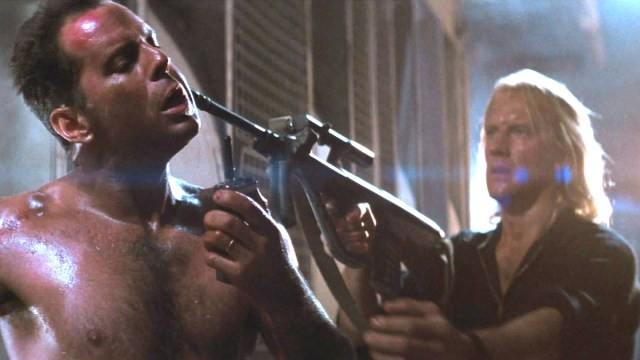 One of the most thankless jobs in existence has to be that of the henchman. Sure, we’ve got no idea how much these guys get paid, but if the history of the action movie has taught us anything, it’s that their shelf life is almost always incredibly short.

During the glory days of the genre, the second-in-command or prime henchperson could always be relied on to reappear from certain death towards the end of the third act, only to be put down for good by the intrepid hero. These days, though, the humble hired goon is more a faceless schmuck destined to be dispatched and then sent off to their doom with a pithy quip or snappy one-liner.

It’s a lost art, then, and a conversation that’s come up among Marvel Cinematic Universe fans on Reddit, of all places. In particular, the scene with Tony Stark being kept in captivity by Aldrich Killian’s employees in Iron Man 3 is cited as an example of an exchange that gains so much from injecting what are effectively dead men walking with even the merest hint of personality.

Of course, that’s more than likely down to the presence of Shane Black as director. After all, his contributions to Lethal Weapon, The Last Boy Scout, The Long Kiss Goodnight, Kiss Kiss Bang Bang, The Other Guys, and more has established him as arguably the finest writer of rat-a-tat buddy caper dialogue of the modern era, and his films almost always tend to feature a memorable henchman or two.

It’s all well and good for badass tough guys and superheroes to take on armies of formulaic CGI creations, but we like our disposable cannon fodder to be a touch more on the memorable side.