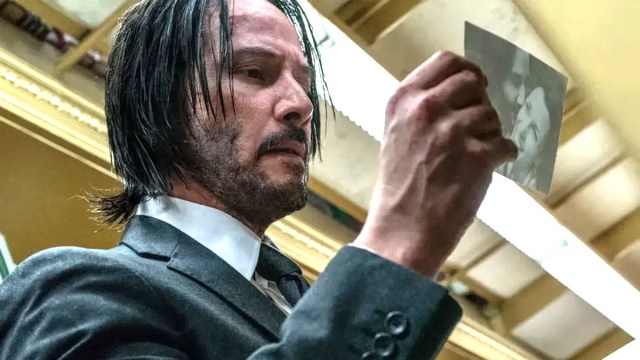 San Diego Comic-Con is officially underway, and the event is wasting no time in getting down to the nitty gritty of teasing the biggest, best, and most hotly-anticipated movies on the horizon. Lionsgate has already come roaring out of the blocks, debuting the first image of Keanu Reeves ready for battle in John Wick: Chapter 4.

The latest installment in the action franchise has been a long time coming, and there’s still a long way to go after it was delayed several times to its current March 2023 berth. Based on how consistently awesome the series has been so far, we’ve got every reason to believe that it’ll be worth the wait and then some.

There isn’t much to be gleaned from the promo shot, other than the fact we can surmise the elite assassin is doing a spot of ruminating before he goes on yet another rampage that’s destined to leave the bodies piled high, and you can check it out below.

Ian McShane, Lance Reddick, and Laurence Fishburne will be reprising their roles alongside Reeves in John Wick: Chapter 4, with the new additions comprising arguably the most exciting new roster yet. Rina Sawayama, Clancy Brown, and Bill Skarsgård will be joined by certified badasses Donnie Yen, Shamier Anderson, Hiroyuki Sanada, and Scott Adkins, but we doubt many of them will live to tell the tale of their encounter with the titular sharp-suited killer.

Comic-Con is still in its infancy, so this is just the tip of what should be a glorious four-day iceberg.