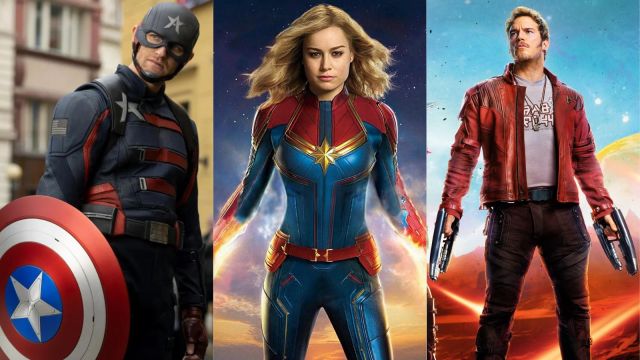 There are plenty of clear fan favorites in the Marvel Cinematic Universe. Characters like Captain America, Luis, Spider-Man, and Tony Stark. But who do the diehards love to hate hard?

It’s hard to believe that many characters could illicit such a strange emotion in its prime demographic, especially with the old comic book adage of “every character is somebody’s favorite”. But Reddit’s home for Marvel discussion is now probing deep to find out who they collectively hate the absolute most.

She might have broken records in becoming the first woman to get a superhero flick to $1 billion, but poor old Carol Danvers / Captain Marvel still isn’t entirely loved. At least Kamala Khan absolutely adores her.

Leader of the Guardians of the Galaxy, dropper-of-the-ball during Infinity War, and human man Peter Quill / Star Lord isn’t much more loved. A commenter stated they just “can’t stand” the Guardians as a group because of Chris Pratt’s character.

Then there’s John Walker who is designed to be unlikable. The Falcon and the Winter Soldier secondary villain gets some redemption, but it’s clear that he’s not a good guy entirely. Which again, is the point. He’s the corrupted version of Steve Rogers and a critique of that character type.

Though some also point out potential hypocrisy in how fans view John Walker, with a post pointing out the double standard between him, Loki, and Scarlet Witch. This is true, only one of them hasn’t committed mass murder so far.

Look no further Wanda-stans, because the ballista is poised at her now. One user saying she’s been unlikable since Phase Four began, calling Multiverse of Madness a character assassination.

The Falcon and the Winter Soldier is available to stream on Disney Plus.