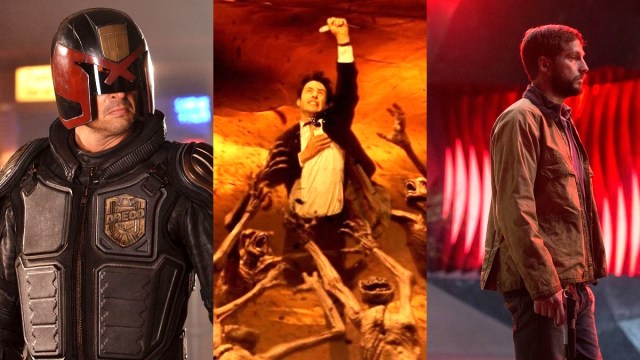 That’s basically the way it’s gone for decades, but fans have been sharing the one-and-done titles that they desperately wished had been given the opportunity for further expansion. Whether through a combination of critical and commercial failure, legal and contractual issues, or even just a general sense of apathy, Redditors have been lamenting the multi-film sagas that got away.

Insane anime Redline is an interesting way to kick off the conversation, but a hugely fitting one given that it drew strong reviews, earned a decent amount of money from theaters and on home video, before going on to become a cult classic in the years since its initial release.

As always tends to be the case, it doesn’t take too long for Karl Urban’s Dredd to come up, with the actor himself still refusing to rule out a return to Mega-City One. Blumhouse’s awesome sci-fi actioner Upgrade definitely warranted sequels, but it’s being refitted into a TV series instead, one that won’t feature either director Leigh Whannell or star Logan Marshall-Green, which is a huge disappointment.

Underrated superhero bomb Push, Keanu Reeves’ Constantine, and cult classic to end all cult classics Buckaroo Banzai all get shouted out in the replies, which just goes to show how many would-be franchises were egregiously left in the dust when more adventures would have evidently captured a huge fandom that would only get bigger.