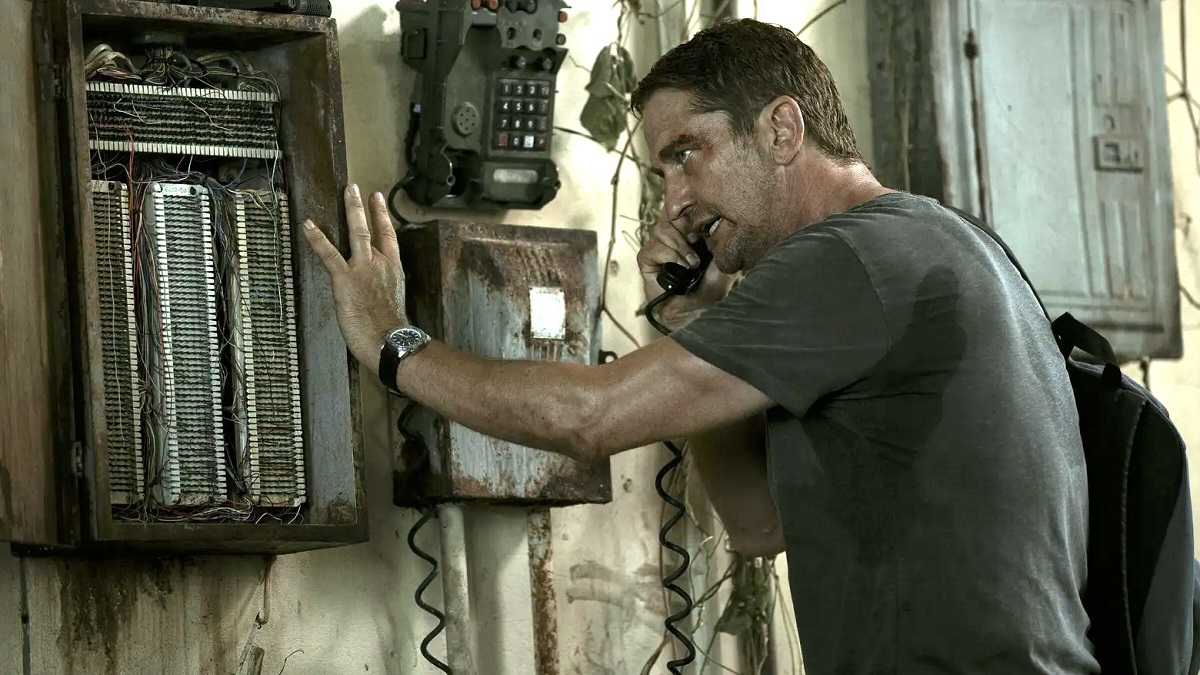 If you see Gerard Butler‘s name attached to a movie, there’s a 99 percent chance you’re going to get exactly what you’re expecting.

The grizzled Scotsman has carved out a nifty little niche for himself as the purveyor of mid budget action thrillers that allow him to showcase his impeccably furrowed brow and penchant for mashing the faces of miscellaneous henchmen into mincemeat. It’s proven to be a worthy career path, then, but how does he really feel about it?

Well, after being dubbed “The King of the B-Movie” during an interview with Inverse, the actor seemed to have conflicting emotions, although he’s self-aware enough to know that it’s not an accident so many of his biggest hits have occupied roughly the same territory genre-wise.

“I think I’m like the king of the A-minus movie! No, I’m joking. I’d never heard that before, and now I feel complimented and at the same time, humiliated. I love making these kinds of movies. There’s a big audience for these kinds of movies. They’ve given me, very fortunately, a big fan base. And they’re not the only movies I’ve made; I’ve made comedies, I’ve made animated movies, I’ve made musicals, I’ve made small thrillers. But this, I would have to say, is my forte, my bread and butter. I love making them and I love watching them.”

“The King of the A- Movie” doesn’t quite have the same ring to it, but at least Butler knows exactly where he stands. Funnily enough, he’s got Plane flying into theaters this weekend, which finds him on very familiar territory. He wants to be the Tom Hanks of action movies eventually, and we all know America’s Dad wouldn’t be caught dead in anything other than a top-tier production.