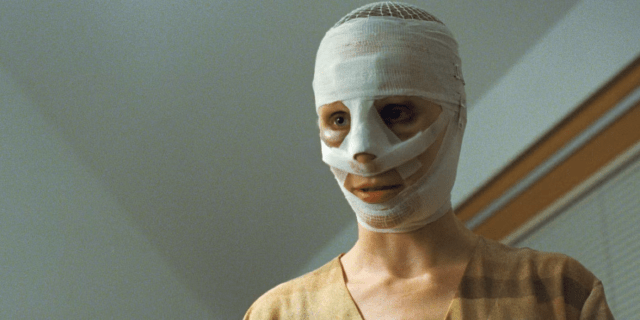 These days, a movie doesn’t even need to necessarily be bad to earn itself a couple of eyerolls; the bar now seems to be set at whether or not they can avoid the “unnecessary” label.

Goodnight Mommy appears to have fallen victim to such a label, with many believing that an American remake of the 2014 Austrian psychological horror film wouldn’t come close to touching the original; Parasite has already shown us that foreign-language films are more than capable of batting with the best of them, let alone just holding their own, so why go for the remake?

And it seems as though such a sentiment has marred the feelings that reviewers have for this film, who have published their thoughts in light of Goodnight Mommy‘s release date tomorrow on Amazon Prime Video, and despite the tried-and-true Naomi Watts continuing to impress in just about everything she finds herself in, the remake’s inability to hold a candle to its Austrian counterpart dilutes the film exponentially.

Jackson Langford gave it 3/5 stars for We Got This Covered writes that Watts’ performance deserved a better film.

“Even if Goodnight Mommy doesn’t hold a mirror to its source material, it still makes for a run-of-the-mill watch led by Watts doing what she does best.”

Alyse Wax of Collider gave the film a positive review, with the consensus-conscience asterisk that it’s leagues below the quality of the original, once again begging the question “why?”

“As it stands, this is a very good psychological thriller. If you hadn’t seen the original (which I had), it will keep you guessing until the very end.”

Bloody Disgusting‘s Megan Navarro heaped praise on Watt’s turn as the titular mother(?), but echoing her fellow reviewers on the front of the original’s superiority, which brings the overall impression down by a few points.

“Goodnight Mommy doesn’t achieve that same high key level of palpable dread as the 2014 version, but it makes for an effective introduction for those unfamiliar with the tale.”

And David Rooney of The Hollywood Reporter was just as privy to all of the film’s strengths despite its tragic weakness.

“But as solid as the cast is, the story feels short-changed in this muted reinvention.”

Goodnight Mommy will release on Amazon Prime Video on Sept. 16.