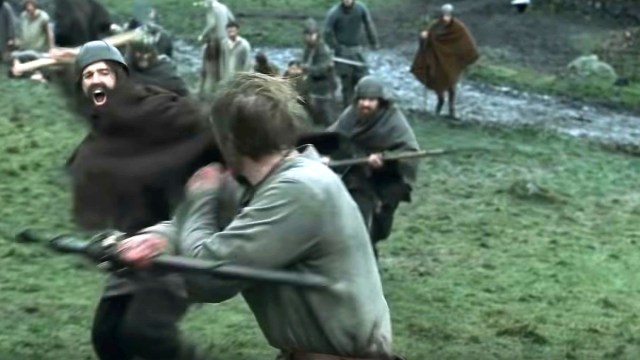 If you’ve seen The Northman, which might be the case when the movie eventually turned a profit after bombing in theaters, then you’ll be fully aware that Robert Eggers’ Viking epic is not a sprawling, action-packed adventure packed with a number of sweeping battle sequences.

However, as a risky R-rated proposition that cost an estimated $90 million to produce, Universal largely opted to market it as such – a decision that may have led to the film’s commercial under-performance. That being said, there are several meaty scraps peppered throughout the 136-minute running time that feature plenty of bone-crunching action and spurts of claret.

At the opposite end of the spectrum, not everybody was left all that impressed by the hand-to-hand combat depicted in The Northman, which really shouldn’t have been the case when the climactic showdown features two naked dudes fighting to the death on an active volcano in the midst of an eruption. Despite such a gonzo finale, a recent Reddit thread has found many commenters blasting the fight sequences as being a huge letdown.

The Northman might be one of 2022’s best-reviewed features among critics after securing a Certified Fresh Rotten Tomatoes score of 89 percent, but a 64 percent user rating signals that the general public weren’t quite as swept up in the unhinged drama and bloodthirsty vengeance of it all, something that was admittedly reflected via poor ticket sales.

It was never going to go full Gladiator or Troy when it came to awe-inspiring showdowns, but surely the awesome spear-catching moment alone is enough to secure a pass.