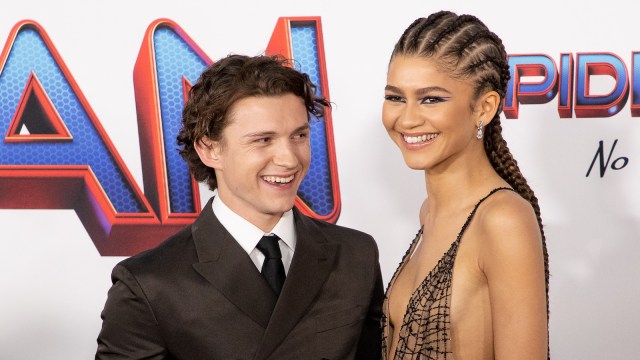 It’s hard to even think that Spider-Man: Homecoming is already five years old as of today! Though many things have happened within the MCU, it doesn’t seem that long ago that the iconic hero swung into the franchise in Captain America: Civil War, which preceded his first somewhat solo outing (Iron Man was there to keep the young super in check).

In just five short years, Spidey has had three of his own movies and appeared in Avengers: Infinity War and Endgame, firmly cementing him as a key player within the MCU.

On the fifth anniversary of Homecoming, fans are rewatching a recently posted clip on Instagram showing the cast taking a friendship test, which they passed with flying colors. In it, Tom Holland (Peter Parker aka. Spider-Man) has been taken aside whilst Zendaya (Michelle Jones-Watson), Laura Harrier (Liz Toomes), and Jacob Batalon (Ned Leeds) are asked questions about their co-star and friend.

What ensued was some truly wholesome content, with the trio able to accurately answer all the questions much to a surprised and chuffed Holland. As it was revealed to Holland just how well his co-stars knew him he exclaimed “I have such good friends. I love my friends.”

Though Harrier exited at the end of the first film, both Zendaya and Batalon have remained, his relationship with the former going further in both the MCU and in real life with Holland and Zendaya becoming the “it” couple of the last year.

Since five years have passed the co-stars will of course have grown much closer, but it’s great to look back and see just how tight they were from the very beginning.

If you’re looking for a bit of nostalgia – it has been half a decade – Disney Plus finally gained the Spider-Man films as of June 17. You can also find them on Amazon Prime and Hulu.