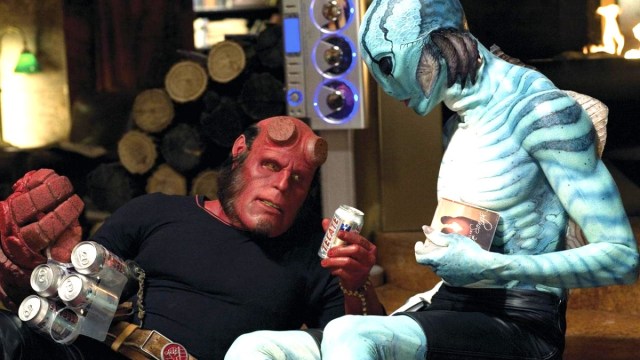 Guillermo del Toro’s Hellboy III remains one of the most famous films that was never made, and it’s something fans are still struggling to reconcile with.

14 years have now passed since The Golden Army, and while the filmmaker has gone on to find continued success and even win a pair of Academy Awards for directing and producing The Shape of Water, he can’t go anywhere to promote any project without being asked about Hellboy III at least once.

One of the major reasons why the threequel never happened was the simple fact that the first two installments didn’t make anywhere near as much money at the box office as you’d expect from a comic book blockbuster, with Big Red’s adventures combining to bring in roughly $270 million on combined production costs of $150 million, even if home video sales were robust.

Ironically, the decision was made to reboot the property instead, with David Harbour and Neil Marshall conspiring to deliver a steaming pile of cinematic garbage that was deservedly panned by critics and audiences, while it tanked hard in theaters for good measure. Ron Perlman would return in a heartbeat were del Toro given the green light, and now Abe Sapien star Doug Jones admitted much the same during an interview with ScreenRant.

“Yeah, no, every time any of us voice up and say, give our feelings about wanting to do a Hellboy 3, it turns into a fan frenzy of, “You guys, it’s happening,” and it’s absolutely not how it works. So I need to put that as a preface. My desire to come back for Hellboy 3 has absolutely no bearing on it being actually made, I don’t wield that kind of power in Hollywood, I don’t know if you knew that or not.

Legacy sequels are all the rage these days, so it can’t be 100 percent ruled out that Hellboy III is truly dead, buried, and never going to happen. However, given that del Toro always has about a dozen things on his plate and Perlman turned 72 years old a few months ago, holding your breath in expectation would be a fool’s errand.