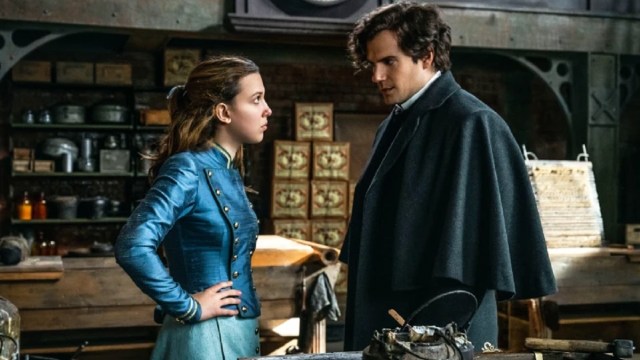 Henry Cavill may have dropped out of The Witcher and incited a riot among the fandom as a result, but the actor hasn’t severed ties with Netflix completely. Or at least, we’re expecting that to be proven true when the inevitable Enola Holmes 3 is announced, with the former Geralt of Rivia presumably in line to return as her older brother Sherlock.

The sequel even throws in a Marvel-style post-credits scene teasing a potential direction for the third installment, with Himesh Patel’s Dr. John Watson introducing himself to the Baker Street-dwelling detective. Many viewers interpreted that a potential spinoff for the dynamic duo could be on the cards, but Cavill sought to pour cold water on that line of inquiry during an interview with The Wrap.

“I think ‘How is there hope for him?’ would be answered in any future movies were they to happen. There’s always whisperings of these sort of things, but nothing is ever official until you enter the first day of shooting, and even then until you finish shooting and even then it has to come out. Right now that’s a that’s all always brings but I don’t know of anything official just yet. This universe is very much Enola’s, so she’ll always be involved. I think it’s important to make that connection between the two characters.”

Playing Superman and Sherlock Holmes is an impressive thing to accomplish at the same time, and Cavill would love nothing more than to add another all-time iconic character to his roster when the James Bond casting process begins anew, but it doesn’t sound as if he’s all that interested in leading the line in a solo adventure.

It would be seriously meta for a literary series based on another literary series that was turned into a film franchise generating spinoffs of its own, but maybe you shouldn’t hold your breath.