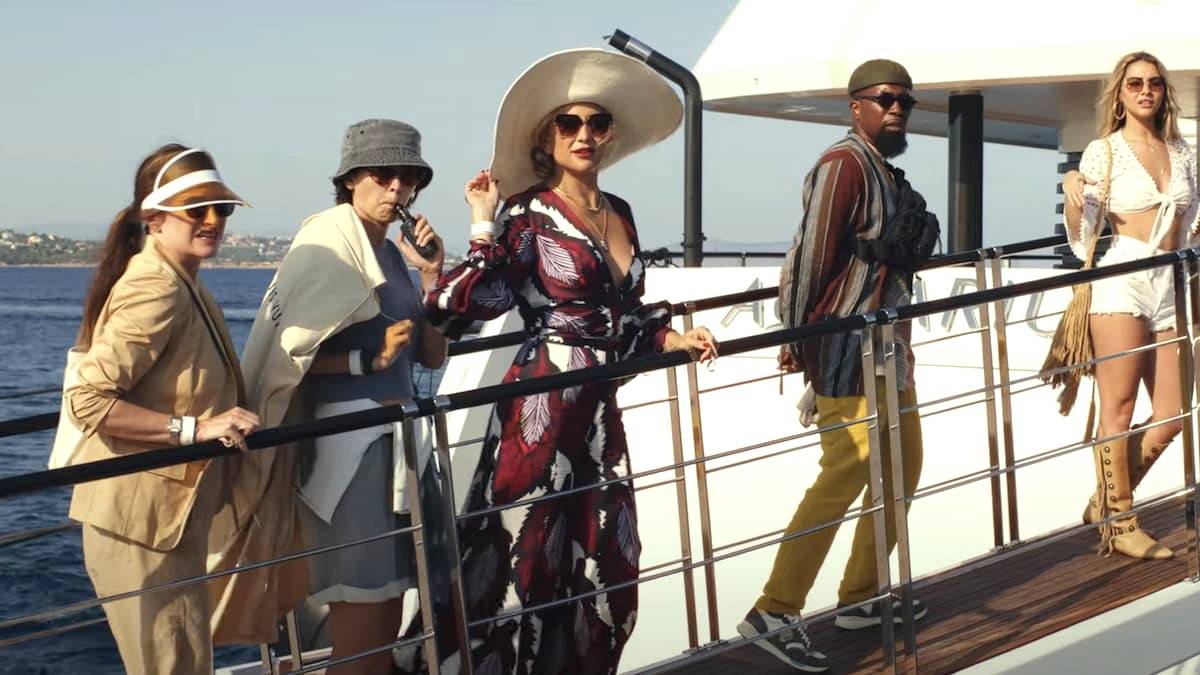 Glass Onion: A Knives Out Mystery continues the trend from the first film with its cast of colorful characters, and they’ve been in other movies and shows that you might not have known or have forgotten about.

In Glass Onion, Benoit Blanc (Daniel Craig) is back on a new murder mystery case. This time, he travels with a group of people to a Greek island owned by tech billionaire Miles Bron (Edward Norton). They’re all friends of Miles who he calls “disruptors,” people who supposedly go against the grain to make a name for themselves, but when one of them ends up dead, it’s up to Benoit to solve the case. There are lots of laughs along the way and a plot that keeps twisting as the story goes on. So much of the fun has to be attributed to the talented cast who play their roles immaculately.

So, here’s a list of 10 movies and shows that Glass Onion‘s cast has been in.

Daniel Craig has played the suave agent 007. This should come as a surprise to no one since he’s had the role since 2006 and he’s been in a total office film, the last one being 007: No Time to Die. They’ve been in incredibly successful films as he’s continued the iconic character’s legacy in the 21st century, but after No Time to Die, he’s finished with the role, leaving it open for a new Bond to put on the suit. In No Time to Die, Bond’s retirement is cut short when he’s chosen for a mission o rescue a scientist who’s been kidnapped and he goes on the hunt for the new villain Dr. Lyutsifer Safin. It’s sad to see Craig go out, but he goes out in a big way.

Kate Hudson plays Birdie Jay in Glass Onion, the model turned fashion entrepreneur, but in 2000, she starred in the rock and roll coming-of-age tale Almost Famous. Her memorable role as Penny Lane even earned her an Oscar nomination for Best Supporting Actress. The movie takes place during the early 1970s and follows a boy who’s been given the chance to write a story for Rolling Stone about the rock band Stillwater. He ends up learning a lot more than he expected as the truth behind the curtain isn’t nearly as pretty. Penny Lane is both the groupie and the artistic muse who’s aware of her importance in the band’s journey and has goals of making them great.

Jessica Henwick plays Peg, Byrdie’s frustrated assistant, and she starred in the fourth movie in the Matrix franchise. Neo forgets that he’s Neo and lives life as Mr. Anderson, a video game developer, but when he meets a familiar face, Trinity (Carrie-Ann Moss), he starts questioning his reality. Henwick plays Bugs, a badass fighter and a true believer in Neo. She leads the Resistance who hasn’t given up hope that Neo is still alive somewhere. She was born in the does a great job paying tribute to Trinity’s role from the original movie.

Kathryn Hahn plays the governor of Connecticut Claire in the movie who’s more interested in trying to look good for the public than caring about the issues that affect the public. Many people probably know Hahn as Agatha from Wandavision, but before that, she was in the NBC comedy Parks & Recreation in a role that’s not so dissimilar from her one in Glass Onion. She portrayed Jennifer Barkley, a campaign manager for Paul Rudd’s bumbling Bobby Newport. She knows how to play the game and she plays it dirty when she needs to. Jennifer also cares more about winning than anything else and shows little concern for the actual issues. There appears to be a trend here.

Janelle Monáe was the breakout star in Glass Onion, but she was also phenomenal in Amazon Prime’s Homecoming season two. She plays a woman who wakes up on a canoe in the middle of the lake and can’t remember her life or how she got there. She later discovers that her name is Jaqueline, she was in the military, and investigates the live-in facility Geist group that’s been covering up some terrible secrets. The role has some similarities to Glass Onion with the mystery and questions surrounding identities. As always, Monáe really shows off her acting chops.

Leslie Odom Jr. plays Lionel Toussaint in Glass Onion, the brilliant scientist who works for Dom and pushes the envelope. The actor’s most known for the Broadway sensation Hamilton where he played Aaron Burr who was at first a friend and ally to Alexander Hamilton before becoming his enemy. Odom Jr. is the kind of actor who can do just about anything, he can sing and dance, and his comedic chops aren’t bad either.

Dave Bautista: Army of the Dead

Dave Bautista plays Duke Cody in Glass Onion, a Twitch streamer and “men’s rights” activist. The actor’s been in major franchises including Dune and Guardians of the Galaxy, but he got to play the starring role in Zack Snyder’s Netflix movie Army of the Dead. A zombie outbreak plagues Las Vegas and mercenaries journey inside to pull off a spectacular heist. Bautista plays Scott Ward, a zombie hunter turned chef cook, and Army of the Dead also has an ensemble cast. Bautista has often played hulking side characters, but in this zombie apocalypse, he’s the main protagonist who destroys a whole lot of zombies on his mission.

Madeline Cline plays Duke’s business partner, but it all seems to be an act for her to reach success. She’s been in Netflix’s drama Outer Banks where she plays, Sarah Cameron, It’s about teenagers trying to find out what happened to their leader, John B, but it only opens up more mysteries. Cline is one of the newer faces in the movie, but she holds her own against some top-of-the-line talent.

Ethan Hawke made a brief appearance in Glass Onion. Before the party gets on the boat, Hawke’s character comes and administers a vaccine using a gun-like device that shoots it into their mouths before they can board, and it’s hilarious that an actor so big would be used in such a seemingly inconsequential way. Hawke recently joined the MCU in the Disney Plus series Moon Knight as alongside lead star Oscar Isaac. Harrow is the villain in the series who’s less a cult and plans to release the Egyptian god Ammit upon the world to judge people for their potential sins. In the end, there might be more to Harrow than meets the eye.