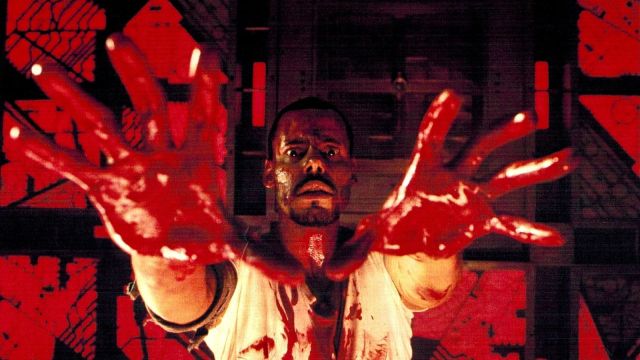 Horror as a genre is perhaps the most reliably inconsistent when it comes to producing hits, given the low-cost/high-reward model. It’s one of the cheaper genres than can be made, with some costing thousands as opposed to millions, but what about the times a seemingly bad-looking horror flick ends up brilliant?

There’s been some absolute doffers offered up by studios seeking to rake in a quick buck and potentially get some tax incentives. Netflix in particular has a success rate that is alarmingly low for its original films, yet slams it out the park when it comes to original series.

With that in mind, horror diehards are now bravely stepping up to praise the films that exceeded the bar that is lower than the Mariana trench.

There’s a beautiful trend of young auteurs doing their all with very little, and somehow crafting a cult classic. Look no further than the 1997 Canadian flick Cube. Vincenzo Natali was the director and co-writer for the film, and it led to a strong following for his further surreal terrors.

Happy Death Day is a more recent surprise bag, with it one of the best examples of horror comedy in the 2010s. It’s been a dying subgenre, but plenty of people are enjoying its brief renaissance thanks to the sequel, and the likes of Ready or Not.

Both a tremendous title and a surprisingly good flick, As Above, So Below put a new spin on found footage horror in an era which had been fatigued by the countless Paranormal Activity films.

Now perceived as a classic, Hellraiser wasn’t always destined for greatness. Of its era seemingly, but inside was a surprisingly, well, horrific story with terrifying visuals. Frankly, a return to practical effects is much needed in the genre.

Hellraiser unfortunately has some of the most piss poor sequels, including one which ended up as an Alan Smithee credit after the director disowned it. Such is filmmaking and showbiz, but perhaps one great sequel will eventually find its way to horror fanatics.