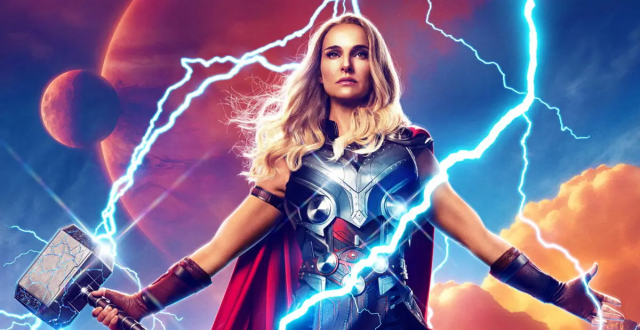 As we now know, Thor: Love and Thunder features the welcome return of Natalie Portman as Dr. Jane Foster. While she was once Thor’s love interest, Jane becomes the new wielder of Mjölnir and thus the Mighty Thor in the fourth solo Thor outing. This version of the character isn’t a multiverse variant, but rather the very same character introduced back in the first Thor film in 2011 who went on to appear in the 2013 sequel Thor: The Dark World.

Foster’s reveal as Thor in the Love and Thunder trailer left people confused as to how and why the ex-girlfriend of Thor Odinson was suddenly able to wield such a mighty weapon when she’s not naturally a super-powered being. Fortunately, Love and Thunder explains how and why Foster was worthy of wielding Mjölnir, giving this Earth woman the power of a Norse god.

How did Jane Foster become the Mighty Thor?

According to Korg’s narration in Love and Thunder, Thor asked his hammer Mjölnir to protect Foster when they were still together. When it’s revealed that Foster was dying due to stage 4 cancer, Mjölnir called to the female astrophysicist to come to it. At the time, Foster was looking for alternatives to cure her illness when she stumbled across old Norse mythology books that mentioned the hammer’s god-like effects on the wielder, including strength and stamina.

Foster then traveled to New Asgard, where she saw Mjölnir shattered during the battle of Thor and Loki against their sister Hela, as depicted in a comedic play version of Thor: Ragnarok. From there, a storm formed as the hammer slowly reformed itself, thereafter allowing Foster to wield the power of Thor.

As exciting as Foster’s acquisition of the hammer is, Love and Thunder also revealed that wielding Thor’s hammer has its drawbacks, as it ultimately ends up only delaying the inevitable for her. The hammer isn’t able to cure Foster’s illness and is, in fact, discovered to be draining all of the mortal energy she has left, prompting Thor to tell her not to use it anymore so she has a fighting chance at beating the cancer.

While the film’s ending might not be the one fans want, Love and Thunder brings new life to the astrophysicist. Where previously Foster either had to be saved by Thor or watch the action from the sidelines, she now gets the chance to fight side-by-side with her ex-boyfriend while at the same time making use of the “second life” Mjölnir had given her.

The wait to see Foster in action is over, as Thor: Love and Thunder is now playing in theaters.