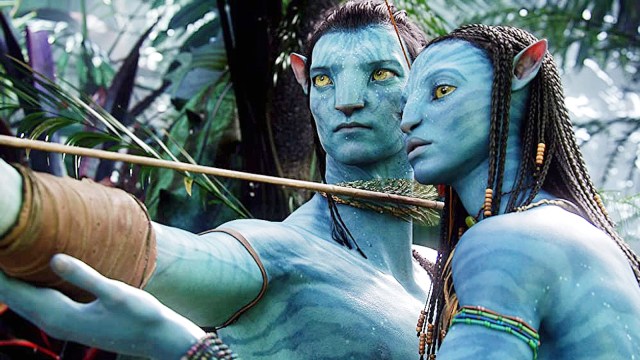 One of the most awaited film sequels of all time is almost here. Avatar: The Way of Water is coming later this year, and with it, old questions are bubbling to the surface once more. One of the biggest causes of confusion among fans of the Avatar franchise is Na’vi’s way of bringing forth life.

A common misconception is that the Na’vi’s braids play a part in reproduction, with many fans believing that the link experienced by connecting the tendrils hidden within the braids is akin to having sex. This belief stems from a heavily intimate scene in the first Avatar movie, where Jake Sully and Neytiri perform tsaheylu, the Na’vi mating ritual, and connect their neural queues for the first time, thus creating an enhanced experience. Because this act allows the parties involved to feel what the other feels, it can be charged with erotic energy, in addition to the spiritual bond, but it does not equate to sexual reproduction. So, how do they go about creating offspring?

How does reproduction work for the Na’vi?

When it comes to reproduction, the Na’vi are akin to mammal creatures from Earth, such as humans. Sure, human biology doesn’t require tsaheylu to be performed before or during intercourse, nor do most humans mate for life like the Na’vi, but other than that, we’re not so different.

It’s believed that this alien species’ reproductive organs are essentially the same as ours, or at least very similar, which means that when it comes to sexual reproduction, the process works pretty much the same. Even so, what goes on internally during the gestation period is more of a mystery, since we don’t know what Na’vi internal biology is like, nor how long this gestation lasts. What we do know, however, is that these creatures don’t have a placenta, but as we can observe, they have belly buttons, which implies that they were once connected to their mother by an umbilical cord.

As for the ways to avoid reproduction, there is no information on how Na’vi achieve this, but it’s thought that the species is quite advanced in this regard, since some Na’vi choose not to reproduce, while maintaining sexual activity.

In Avatar: The Way of Water, with the introduction of Jake and Neytiri’s children, it’s likely that we will find out more about Na’vi’s reproduction. Hopefully, the movie will answer all remaining questions. The Avatar sequel is scheduled to hit U.S. theaters on Dec. 16.