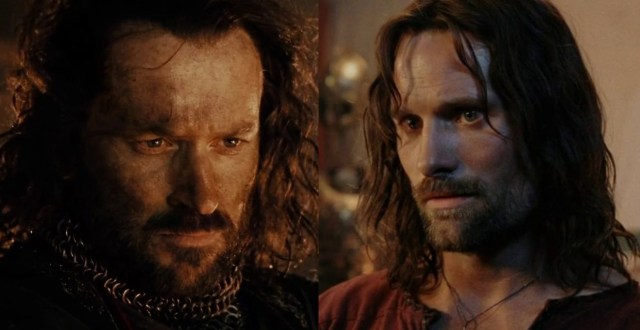 Few characters are more important to the story of The Lord of the Rings than Aragorn, who finishes Return of the King by assuming the throne and becoming King of Gondor. Aragorn’s kingly blood is referenced throughout both the book and movie trilogies, and it’s even made clear that Aragorn is related to Isildur, the King of Men who defeated Sauron and was eventually consumed by the One Ring.

Aragorn lived approximately 3,000 years after Isildur, though, so the exact relationship between the two characters has always been a bit murky for more casual fans. Is Aragorn a direct descendant of Isildur, and if so, is it clear that he’s actually the only living heir?

Isildur had a brother

In Isildur’s time, there were two major kingdoms governing the realms of men. There was Gondor, a kingdom that still exists in Aragorn’s time, and Arnor, which eventually disappears from Middle-earth. Those two kingdoms were both ruled by Isildur’s father, Elendil. Isildur was Elendil’s oldest son, and therefore inherited the rule of both Arnor and Gondor. Isildur’s brother, Anarion, was not entitled to rule any lands as he had been born second.

Isildur decided to bequeath rule of Arnor to Anarion’s son. Over the course of millennia, the two kingdoms began to be ruled by separate bloodlines. Isildur never gave up his claim to the throne of Gondor, but children in Anorian’s line came to rule Gondor.

Aragorn was descended from the lines of both Isildur and Anarion

Because one of Aragorn’s ancestors was born of a father from Isildur’s line and a mother from Anarion’s line, Aragorn could claim to have the blood of Elendil. Therefore, he was capable of uniting the kingdoms of men so that they could be ruled by a single leader once again.

Aragorn is a direct descendant not just of Isildur, then, but also of Anarion. Although Aragorn was unlikely to be the only possible heir, he had the best claim to Gondor’s throne.

There’s obviously a great number of years between Isildur and Aragorn. In the text, Tolkien suggests that Aragorn is evocative of the kings of old, which includes not just Isildur, but also Elendil.

Circumstance was key in Aragorn retaking the throne

Although Aragorn had the right combination of bloodlines to make him a kingly fit, that was not the only thing that helped him wear the crown. We can talk all day about bloodlines and dynastic rule, but what ultimately determines if a man can be king is whether the people he is going to rule will be willing to accept him. In Aragorn’s case, the circumstances were ripe for a return to a more centralized power structure. Under the rule of the stewards, Gondor had been in steady decline, and the people were ready for a new leader to right the ship.

In centuries past, Gondor had resisted a return to Isildur’s heir. Instead, they insisted that their king should come from the line of Anarion. By the time of Aragorn, though, lineages were a lot muddier, and Gondor was in a weaker position than it had been. This ultimately allowed Aragorn to ascend to the throne, where he would reign during an era defined largely by peace and good will.