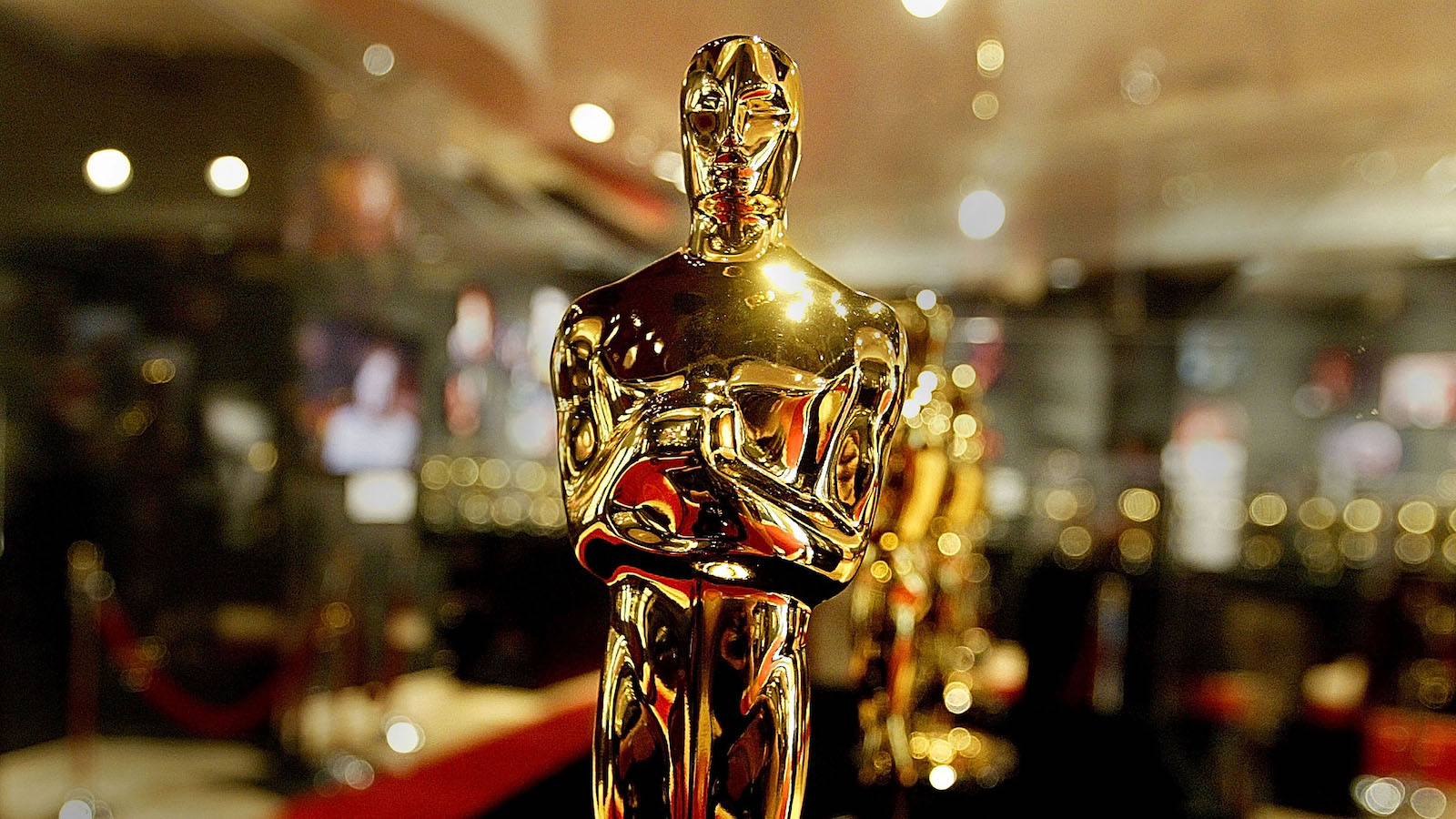 A number of exceptional films emerged as winners at the recently-held 94th Academy Awards and have made it to many cinema fanatics’ must-watch lists.

In case you are also planning to add them to your personal must-see list, and you’re wondering where to binge those Oscar-winning films, a large majority of them are easily available to be viewed at home or on-demand. These include streaming services like HBO Max, Netflix, Disney Plus, Apple TV Plus, and more.

To make the task easier, here is our compilation of how and where to watch all the films which brought home gold statues this year:

CODA initially made history with Troy Kotsur becoming the first deaf man to win an Academy Award, winning in the Best Supporting Actor trophy. Then, it grabbed two more awards, including a pleasantly-surprising Best Picture nod, meaning that Apple is now the first streaming service to win Best Picture after only launching just a little over two years ago. It was written and directed by Sian Heder, who won for Best Adapted Screenplay to deliver a perfect three-for-three Academy Awards finish.

The film premiered at the 2021 Sundance Film Festival where it won both the Grand Jury Prize and Audience Award. CODA stands for Child of Deaf Adults and tells the story of Ruby, the only member in her family that can hear, having to choose between helping her family’s struggling fishing business or leaving her family to pursue her passion at Berklee College of Music. The film has been praised for not only its representation of deaf actors but also its grounded depiction of characters living with disabilities.

Where to watch: Apple TV Plus

Dune won a slew of technical awards at the 2022 Oscars, with its six total statues the most of the 2022 entrants. The sci-fi epic, directed by Denis Villeneuve, won a total of six Oscars, including Best Original Score (Hans Zimmer’s first Oscar in almost three decades), Best Sound, Best Film Editing, Best Cinematography, Best Production Design, and Best Visual Effects. Adapted from the Frank Herbert novel of the same name, the film follows Paul Atreides as he gets plunged into a war defending the desert planet of Arrakis. Villeneuve’s Dune is just the first half of Herbert’s novel, with Part Two expected to get released in October 2023.

Belfast was written and directed by Kenneth Branagh, based on a story loosely based on his childhood experiences. The film follows a young boy named Buddy as he lives through the Troubles, a 30-year conflict in Northern Ireland that didn’t end until 1998. It was named one the best films of 2021 by the National Board of Review and was nominated for seven Oscars, winning one. Branagh took home Best Original Screenplay. This was Branagh’s first Oscar win — remarkable given that the critically-acclaimed actor and director has been honored with 16 total nominations throughout his career.

Where to watch: Video on demand

King Richard follows Richard Williams, the father and coach of Venus and Serena Williams, as he aspires to train his two daughters into the greatest tennis players of all time. Despite the film’s poor performance at the box office (no doubt due to the pandemic and Warner Bros decision to release the film on HBO Max at the same time), critics and audiences praised Will Smith’s performance and the screenplay by Zach Baylin. The film holds a Rotten Tomatoes critic score of 90% and a 98% audience score. King Richard earned a total of six Academy Award nominations, with one win for Will Smith in the Best Actor category.

The Power of The Dog

The Power of The Dog is a Western psychological drama written and directed by Jane Campion based on a 1967 novel by Thomas Savage. The film tells the story of macho rancher Phil Burbank who increasingly torments his brother George’s new wife Ruth and stepson Peter. It’s been praised for its examination of toxic masculinity and repressed sexuality. It led the Academy Awards with 12 total nominations; Campion won Best Director for helming the film, after becoming the first female director to get multiple Best Director nominations, and is only the third woman to win the Academy Award for directing.

Where to watch: Netflix

Critics and audiences praised Steven Spielberg’s reimagining of West Side Story for his grounded and vibrant take on the Robert Wise classic. The story follows the rivalry between two gangs, the white Jets and the Puerto Rican Sharks. with Maria and Tony’s love leaving them caught in the middle of the fight. The film received seven nominations with only Ariana DeBose taking home the prize for Best Supporting Actress. DeBose made history by being the first openly queer actress of color to win an Oscar. Interestingly, she’s the second woman to win an Oscar for playing the role of Anita; Rita Moreno won it back in 1962.

Where to watch: HBO Max and Disney Plus

Drive My Car, directed by Ryusuke Hamaguchi, is based on the Haruki Murakami short story of the same name and follows a recently widowed director attempting to direct a staged adaptation of an Anton Chekov play while trying to find solace in his grief. This was the first Japanese film to ever be nominated for Best Picture. Overall, the film scored four nominations and took home the prize for Best International Feature. The film also won a Golden Globe for Best International Feature and was nominated for the Palme d’Or at the Cannes Film Festival.

Summer of Soul(…Or, When the Revolution Could Not Be Televised) is a documentary feature directed by Questlove from the band The Roots. The film is about a six-week-long music and culture festival that took place in Harlem in 1969. Dubbed “Black Woodstock,” it features artists such as Stevie Wonder, Nina Simone, Glady’s Knight & the Pips, and more. A television producer by the name of Hal Tulchin recorded over 40 hours of footage from the event. ABC and CBS both broadcasted one-hour specials in 1969 but then the footage was shelved and forgotten about. Despite the caliber of the talent, the footage of the festival sat untouched for over 50 years — which director Questlove does examines in the film as well. Summer of Soul took home the prize for Best Documentary Feature.

Where to watch: Hulu

Encanto is the 60th produced film by Walt Disney Animation Studio, managing to be one of the best-reviewed films the studio has made. The film tells the story of Mirabel, a 15-year-old girl who happens to be the only member of the Madrigal family without magical “gifts.” When she finds out that her family’s powers are at risk, she sets out to save them. Encanto was nominated for three awards and won Best Animated Feature. The Lin-Manuel Miranda-penned “We Don’t Talk About Bruno” became a viral smash hit and became Disney’s longest-reigning chart topper on the US Billboard Hot 100 — but wasn’t even the song from the movie nominated for Best Song. (That was “Dos Oruguitas,” which lost out to Billie Eilish.)

Where to watch: Disney Plus

The Eyes of Tammy Faye

The Eyes of Tammy Faye is based on the 2000 documentary of the same name and directed by Michael Showalter. The film stars Jessica Chastain in the titular role, opposite Andrew Garfield, about the real-life televangelist couple Jim and Tammy Faye Bakker. The story follows the rise and fall of Jim Bakker from the perspective of his wife. Overall, critics praised the performances from Chastain and Garfield but felt lukewarm about the script. The film was nominated for two awards and won both: Best Actress and Best Makeup and Hairstyling.

Cruella, directed by Craig Gillespie, follows a young Cruella de Vil in the making. Before her quest for obtaining Dalmatian fur, Cruella was just a young aspiring fashion designer named Estella hoping to make a name for herself. Critics praised Emma Stone and Emma Thompson for their performances in the film. Our own Scott Campbell reviewed the film and said it, “isn’t perfect by any means, but it’s an altogether different kind of Disney blockbuster that pivots from origin story to heist thriller via family drama and a pastiche of the cutthroat fashion industry with consummate ease, all anchored by a tour de force performance from the leading lady.” Cruella was nominated for two awards and took home one for Best Costume Design.

Where to watch: Disney+

No Time To Die

After two years of delays, thanks to the COVID-19 pandemic, No Time To Die finally hit theaters in October 2021. Fans saw the return and final appearance of Daniel Craig as the famed MI6 agent, James Bond. The fifth film in Craig’s series follows Bond five years into retirement when an old friend appears asking for his help. This plunges Bond back into the spy game and onto the trail of a mysterious terrorist on a revenge mission. Critics generally reacted positively to the film and it even became the fourth highest-grossing film of 2021. No Time To Die was nominated for three awards and won one for Best Original Song with music and lyrics by Billie Eilish and Finneas O’Connell.

Where to watch: Video on demand.