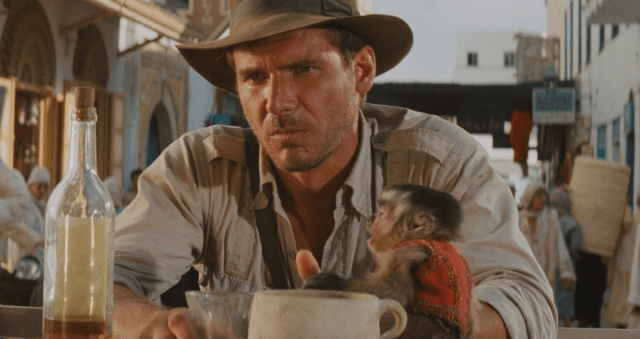 The world got its first taste of Indiana Jones 5 earlier today, giving us a whole lot more to look forward to from the final entry of one of cinema’s premiere action hero franchises, as if the simple idea of another Indiana Jones film wasn’t exciting enough.

We know that Phoebe Waller-Bridge will be joining the film as the eponymous archaeologist’s goddaughter, Helena, who, according to composer John Williams’ description of “adventurer and femme fatale,” will likely end up filling the sidekick role once occupied by the likes of Short Round and Mutt Williams. Mads Mikkelsen and Boyd Holbrook are also confirmed to be appearing, and we’re all betting that those two will be shoring up the film’s villain supply.

Nevertheless, questions still remain: how will an Indiana Jones film fare without Steven Spielberg’s presence in the director’s chair (even if he’s still serving as a producer)? What could Indy possibly get up to in 1960s-era New York City, which has now been confirmed to be the film’s setting?

The biggest question fans have on their minds has to do with Harrison Ford, the star of the show himself. Ford just turned 80 this past summer, leaving some folks with doubts over whether or not he’ll be able to deliver the same spry performances that anchored the previous films.

Director James Mangold knows no fear in that department and revealed in an interview with Empire that the film’s status as Indiana Jones’ swan song story was actually bolstered in part by Ford’s age.

“It became really important to me to figure out how to make this a movie about a hero at sunset. The issues I brought up about Indy’s age were not things I thought were being addressed in the material being developed at the time. There were ‘old’ jokes, but the material itself wasn’t about it. To me, whatever your greatest liability, you should fly straight towards that. If you try to pretend it’s not there, you end up getting slings and arrows the whole way.”

The as-yet-untitled fifth and final entry in the Indiana Jones film series will release in theaters on June 30, 2023.