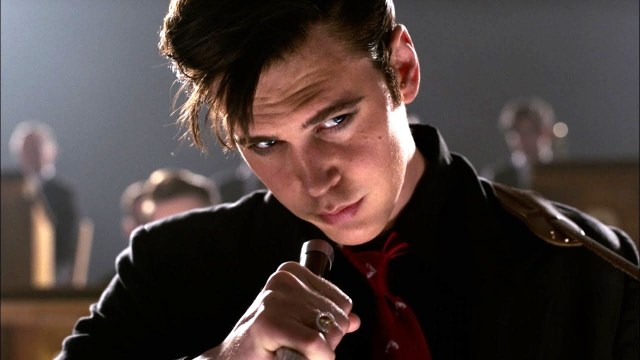 Baz Luhrmann’s Elvis movie has quickly become one of 2022’s biggest smash hits. The biographical musical drama pleased moviegoers and critics when it launched on June 24. Since then, many have wondered if there are scenes that cinema-goers didn’t get to see, and fans are asking if a director’s cut of the movie exists.

Directed by Baz Luhrmann and featuring a screenplay co-written by Luhrmann and Sam Bromell, Craig Pearce, and Jeremy Doner, Elvis is about the life of “The King of Rock and Roll” Elvis Presley (Austin Butler), one of the most famous musicians to ever perform.

Unlike similar movies, Elvis is told from the perspective of Colonel Tom Parker (Tom Hanks), one of Elvis’ managers. During the movie, Parker talks about how he met Elvis and how the pair’s relationship changed over time as the performer’s career developed. This includes looking at the controversies surrounding Presley in his early days. The pair’s relationship eventually turns bitter as Parker uses several underhanded methods to get him and his client ahead.

Does Elvis have a director’s cut?

The version of the film seen in cinemas and at film festivals runs for 159 minutes. However, many have wondered if the film has a director’s cut, mostly due to the sheer amount of stuff it fits into its runtime. This led to a rumor circulating online that an extended version of the film exists. This rumor was likely sparked by an interview with Collider. When asked about editing, Luhrmann said:

“See, I look upon editing as writing. I write it, then I shoot it. But then I keep writing it in a sense through editorial. Because also I’ve got a four hour version. I shouldn’t say that, but I have.”

Recently, the director has been touring the film, taking it to various film festivals, and hosting talks about it. In an interview with Deadline the day after the film was shown at Poland’s Camerimage film festival, Luhrmann said that the film does not have a director’s cut. “There is no such thing as the four-hour cut. It’s a four-hour director’s assembly, and that just means we put all the stuff together.”

This is also mentioned in the Collider interview. In a follow-up question, Lurhmann notes that the extended cut he mentioned is an assembly cut, and when asked if he would release an extended version, he said:

This Deadline interview is in line with what Luhrmann has previously said about the film’s runtime. However, he did note that there are extended versions of the concerts seen in the movie. During the interview, Luhrmann said that Elvis’ actor, Austin Butler, performed the entire concert all the way through, even if the whole thing wasn’t used in the movie itself, meaning there is a lot of stuff audiences didn’t get to see.

According to Deadline, Luhrmann said he would release these complete concerts in the future. However, no concrete release date has been confirmed nor do we know what format these full concert releases will take.