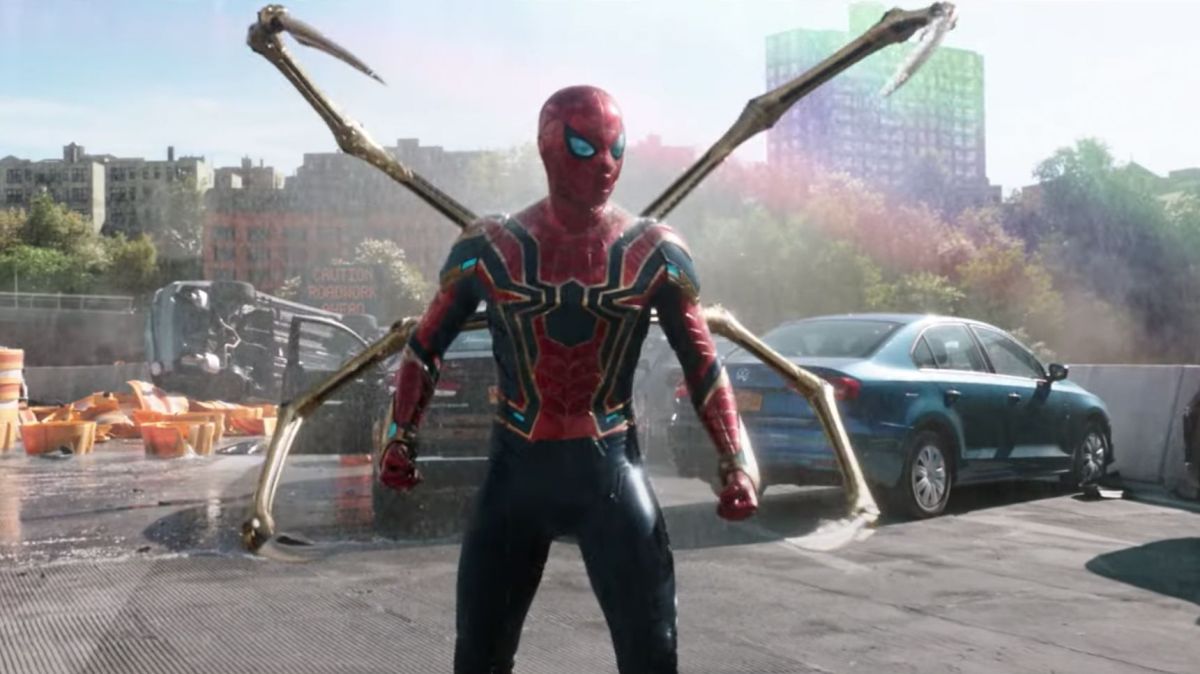 Superhero fans have been desperate to learn more about Spider-Man: Across the Spider-Verse ever since it was first announced. As it is the sequel to 2018’s dimension-hopping Spider-Man: Into the Spider-Verse, folks are constantly debating which versions of the friendly neighborhood webslinger they want to see represented in the movie.

And, after the events of Spider-Man: No Way Home, superhero fans are keen to learn if Tom Holland‘s Spider-Man will appear in this version of the Spider-Man franchise.

What is Spider-Man: Across the Spider-Verse?

What rumors are there about Tom Holland’s involvement?

As previously covered on WeGotThisCovered, fans have been desperately trying to work out if Tom Holland’s Spider-Man will appear in Spider-Man: Across the Spider-Verse or its sequel. Phil Lord and Christopher Miller have been keeping tight-lipped about the whole thing, responding to any question about Holland’s involvement with very vague responses. Which has only made the online debates more intense.

In December 2021, Holland suggested that the cameo wasn’t happening. During the No Way Home press tour, he told SyFy:

“Amy [Pascal, Sony exec] actually asked me on the set of this movie and no one has come back to me.”

Later in the interview, Holland and Zendaya noted that they would appear in the movies if asked to do so.

December 2021 also saw Miller take to Twitter to re-boost a tweet he had made in 2020. In this tweet, he noted that he had: “pitched the Sony brass an ambitious tag involving Spider-Ham, Tobey, Andrew, and Tom. They felt it was “too soon.” Implying that the idea of a crossover between the animated and live-action Spider-folk had been considered.

These rumors got kicked into high gear once again in January. When, upon being asked about the cameo by Comic Book, Miller replied:

“That’s an interesting idea that has never occurred to us separately. So thanks for incepting that, you can take full credit if something like that were to ever happen.”

When asked by Collider later the same month, Miller and Lord again replied with sarcasm. Both men joked that a phone call they had received could be from Holland, Zendaya, or “a local political campaign asking for money.” Before revealing that the call was from: “this gentleman, Potential. His name is Potential Spam, I believe his name is.”

A similar scene played out in February when Miller was asked about it on the Happy Sad Confused podcast. This time, his reply was less sarcastic. But still equally vague.

“The multiverse is big and wide. And all things grow… Why would you think a Multiverse, in which many things are possible, that [those things are] not related?”

Then in March, the rumors flared up again. When the pair were asked about the cameo by Variety. This time the reply was much more straightforward. They told the publication:

“All things are possible in the multiverse.”

And recently, the pair did an interview with Empire magazine. Once again, they were asked the question and again did not budge. With them once again saying that:

“Anything is possible in the multiverse.”

Obviously, fans won’t know about Holland’s involvement until someone at Marvel confirms or denies it. However, that is unlikely to happen any time soon as Marvel must be fully aware that the online debates about Tobey Maguire and Andrew Garfield’s roles in No Way Home gave that movie a lot of free publicity. And they’ll likely be looking to repeat that hype in the build-up to Spider-Man: Across the Spider-Verse.

Until then, we’ll have to wait and enjoy Lord and Miller’s delightfully sardonic answers.