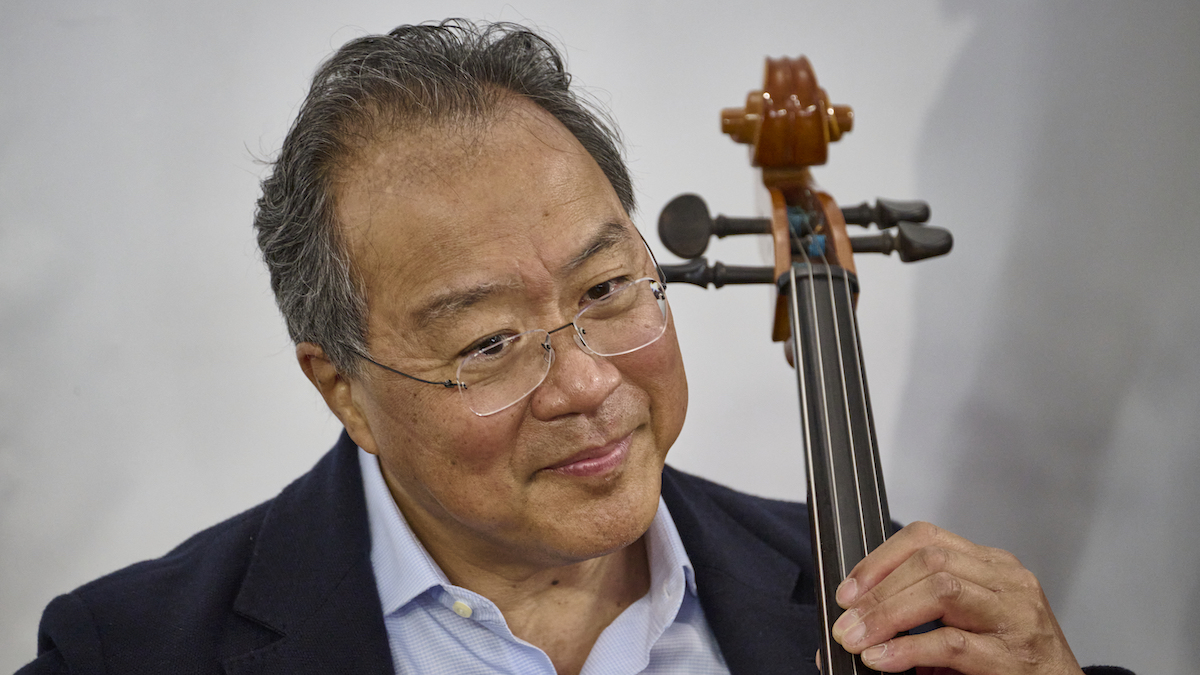 Rian Johnson’s mind-melting cinematic experience Glass Onion: A Knives Out Mystery is the latest viral sensation absolutely sweeping the globe of entertainment. The 2022 film serves as a follow-up to Johnson’s memorable flick Knives Out (2019), and it’s certainly common knowledge by now that both movies present an ensemble cast of colorful characters. And while Johnson’s pre-written characters are exciting enough on their own, the parade of special guest appearances has only aided the feature’s super-sized popularity.

Out of these special guest appearances, many of them are from notable celebrities. These celebrities range from all sorts of familiar faces — including Tennis legend Serena Williams, basketball superstar Kareem Abdul-Jabbar, and acclaimed actors like Natasha Lyonne, Ethan Hawke, and Angela Lansbury.

And yet, one name in particular seems to be generating plenty of buzz from murder-mystery aficionados all around the world — and that person would be gifted cellist Yo-Yo Ma. The 67-year-old musician is considered by many to be one of the greatest cellists in the entire world, having secured 19 Grammy Awards throughout his illustrious career. And while Ma has certainly boasted an incredible resume in music, it turns out he has also lent a helping hand to the art of acting.

Is Yo-Yo Ma in Glass Onion?

Taking a break from his flourishing musical career, Yo-Yo Ma did in fact fire up a collaboration with director Rian Johnson for a cameo appearance in Glass Onion. In the latest Netflix hit, Ma appears during the opening sequence as a guest at Birdie Jay’s (Kate Hudson) wild party. During his appearance, Ma actually helps the other characters in the scene crack the code on the puzzle box sent by billionaire Miles Bron. The puzzle solved turns out to be one of Bach’s fugues, which Ma delightfully has the answer for, and happily reveals to the rest of the group.

It’s a playful moment between Ma and the rest of the feature’s characters, and it rightfully proves that even devoted, classical musicians can loosen up and have a gut-busting cameo.

Catch Yo-Yo Ma’s appearance, along with all of the other celebrity cameos, in Glass Onion: A Knives Out Mystery, which is available to stream now on Netflix.