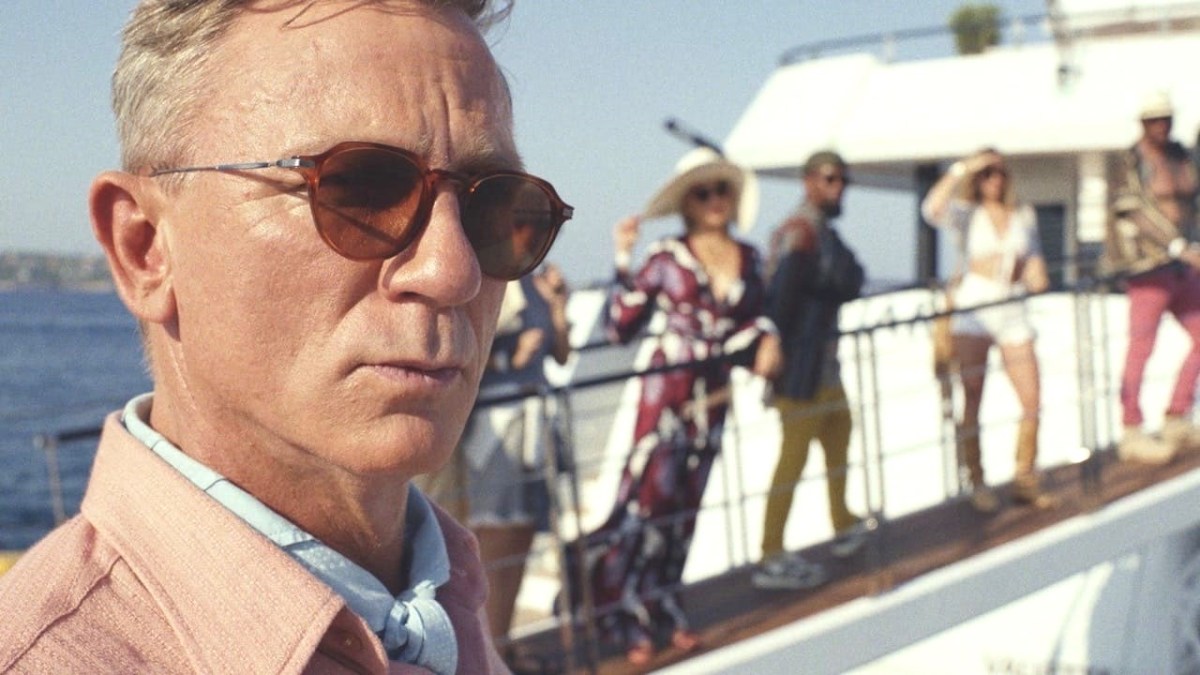 When Rian Johnson’s original murder mystery, Knives Out debuted in the fall of 2019, few people expected that it would be the start of a franchise centered around Benoit Blanc, his private detective character played by Daniel Craig. Now, three years and a $400 million deal later, Glass Onion, the first of at least two Netflix sequels, has arrived with a brand new case and some more eccentric and annoyingly wealthy characters (played by some of our favorite movie stars).

In Glass Onion, Benoit Blanc returns for a murder mystery themed party at a billionaire’s lavish Greek Island but when someone turns up dead, everyone on the island — including the billionaire and his closest friends — becomes a suspect. Joining Daniel Craig as Benoit Blanc is a star-studded cast that includes Edward Norton, Janelle Monáe, Kathryn Hahn, Leslie Odom Jr., Jessica Henwick, Madelyn Cline, Kate Hudson, and Dave Bautista. Thanks to the popularity of the initial Knives Out installment, writer/director Rian Johnson is also able to draft a similarly star-studded cameo cast, let’s detail them.

The Greatest of Zoom Calls

Early in the film, we find out that Benoit Blanc has been struggling to cope with the COVID-19 pandemic and the ensuing lockdown. As someone who naturally struggles between solving cases, the prolonged lack of any mystery to solve has hit him hard, and like many of us who struggled in one way or another during the early days of the pandemic, he has turned to both Zoom and the online multiplayer game, Among Us. We find Blanc – in a bathtub – playing the game (and on a Zoom call) with a quartet of very famous faces.

The most apt of all the film’s cameos is the appearance of Dame Angela Lansbury DBE, playing herself, as one of Blanc’s Zoom participants. This is a perfect tie-in with the murder-mystery element of the film as Dame Angela Lansbury’s most famous role, out of her many, many roles was that of Jessica Fletcher, the lead character in the murder mystery series Murder She Wrote, which she played for over 12 years.

Sadly, this is one of two bittersweet cameos as Dame Lansbury passed away in October 2022 and this was her final, posthumous film role.

The other bittersweet cameo is the appearance of legendary composer and lyricist, Stephen Sondheim, on Benoit Blanc’s Zoom call. Stephen Sondheim was one of the preeminent composers and lyricists of the twentieth century, having been responsible for West Side Story, Into the Woods, and Sweeney Todd: The Demon Barber of Fleet Street, to name a few from a very long list.

However, he also co-wrote the 1973 murder mystery film, The Last of Sheila, which Rian Johnson admits was a huge influence on Glass Onion. Another Stephen Sondheim work that heavily influenced Glass Onion was his 1981 play, Merrily We Roll Along. Rian Johnson explained that he was listening to Merrily We Roll Along “over and over” as he was writing and that there are several lines from the play planted throughout the film. Additionally, there is a poster for the play in Benoit Blanc’s apartment.

Sadly, Stephen Sondheim also passed away in November 2021. Dame Lansbury is connected to Stephen Sondheim as well, as she originated the role of Mrs. Lovett in his 1979 play, Sweeney Todd: The Demon Barber of Fleet Street.

The film is dedicated to both of them.

The third participant in Benoit Blanc’s Zoom call and game of Among Us is Emmy-nominated actress, Natasha Lyonne.

Natasha Lyonne has been acting professionally for over thirty years but is perhaps best known for her performances in the American Pie series, Orange is the New Black and for co-creating, writing, directing, and starring in Russian Doll.

Her cameo here also carries a meta aspect as Natasha Lyonne will next be starring in and producing the Rian Johnson created murder mystery TV show, Poker Face, which Rian Johnson is currently attached to direct.

Just when we thought this Zoom call could not get any more famous, it is rounded off by the presence of Basketball legend, author, and activist, Kareem Abdul-Jabbar.

We wonder how many cases we would have to solve to be invited to a Zoom call this star-studded.

Speaking of legends, famed cellist and child prodigy, Yo-Yo Ma appears at a party being thrown by Kate Hudson’s Birdie Jay (she hilariously notes that it is not breaking COVID lockdown rules because everyone at the party is in her bubble).

Yo-Yo Ma helps the group of friends solve a puzzle — sent by Edward Norton’s Miles Bron — that involves one of Bach’s fugues.

Sporting a ponytail version of his very recognizable Moon Knight look, Ethan Hawke appears as a character simply referred to as “Efficient Man”. He appears to be the assistant to the billionaire Miles and seems to provide a COVID-19 vaccine to all the guests before they board the boat to the island — this is months before any such vaccine was available to the general public.

When you’re a billionaire who can afford his own private island, you can also afford private training sessions from one of the greatest sports stars ever — and that is exactly what Miles does.

Tennis superstar Serena Williams appears as herself and a trainer that Miles has paid for in the film. For a while in the scene, you are led to believe that it is just a stock image of the tennis legend before she begins to move and eventually asks the other people in the scene whether they are going to start a lesson or just wait around (since she’s getting paid either way). It is a moment that has consistently been very well received across screenings.

Perhaps no other cameo receives as big a reaction as the appearance of rom-com legend and Paddington 2 star, Hugh Grant. He appears as Phillip, Benoit Blanc’s domestic partner. We hear his voice offscreen early in the film, but we do not see his face till much later, at the beginning of the third act.

Apart from the obvious exhilaration at seeing a star like Hugh Grant unexpectedly appear, not playing himself, the presence of Phillip here confirms Benoit Blanc as queer. Of course, this also means that we could see Hugh Grant reprise this role in future installments.

Joseph Gordon-Levitt continues his tradition of appearing in every Rian Johnson feature film. This time he hilariously cameos as the voice of the hourly dong on Miles’ Island, this is in addition to his voice cameo as Detective Hardrock in the first Knives Out and a previous voice cameo as Slowen Lo in Johnson’s Star Wars: The Last Jedi.

To complete the carousel of famous people, a few more celebrities are mentioned, although never seen (or heard). Jared Leto has a brand of hard kombucha that is ingested poolside, so much so that one character ends up getting drunk off it. Jeremy Renner has his own branded hot sauce that plays a pivotal role in the plot and in the eventual solving of the crime. Finally, Miles Bron mentions to Benoit Blanc that he hired Gillian Flynn, of Gone Girl and Sharp Objects fame, to write the plotline for his murder mystery party – a mystery that Benoit manages to solve in less than five minutes, but we wouldn’t blame her for that because even Benoit acknowledges that she is “very good.”

All these fun cameos, along with a brilliant script and very good performances lead to a thrilling and exciting murder mystery ride that you can catch in select cinemas for a full week from November 23rd and on Netflix worldwide on December 23rd.