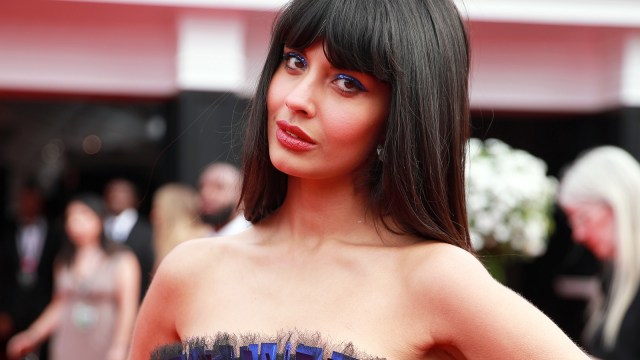 Photo by Rich Fury/Getty Images for The Recording Academy

Jameela Jamil belongs to three of the most esteemed and popular franchises in the history of motion pictures, and she feels like her “teenage brain is f*cking exploding.”

That’s how the 36-year-old actor put it in response to Dwayne Johnson posting her Wonder Woman promo poster from the upcoming film DC League of Super-Pets.

In addition to joining the DC universe, Jameela will play the title hero’s rival Titania in the upcoming MCU series She-Hulk: Attorney at Law. Earlier this year, she began appearing in the recurring role of Asencia on the show Star Trek: Prodigy.

Although she’s likely the first person to debut in the DC, MCU, and Star Trek franchises in the same year, she’s not the first to appear in all three. Neal McDonough acted in the 1996 movie Star Trek: First Contact before playing Dum Dum Dugan in the MCU’s Captain America: The First Avenger, Agents of S.H.I.E.L.D., Agent Carter, and What If…?, as well as Damien Darhk in DC’s Arrow, The Flash, and Legends of Tomorrow.

Then there’s Anson Mount, who suited up as Black Bolt in Inhumans and Doctor Strange in the Multiverse of Madness, voiced Batman in the animated feature Injustice, and can currently be seen headlining Star Trek: Strange New Worlds as Captain Pike, but it’s not as if there’s a huge number of stars to have completed the trifecta.

All that’s left for Jamil to distinguish herself from other cross-franchise actors is to appear in Star Wars. “That’s my EGOT,” she tweeted, referring to the extremely rare distinction of winning an Emmy, Grammy, Oscar, and Tony Award. “That’s all I want.”

You can check out Jamil in each of those revered franchises by watching Star Trek: Prodigy on Paramount Plus, DC League of Super-Pets when it premieres on July 29, and She-Hulk: Attorney at Law when it drops on August 17.