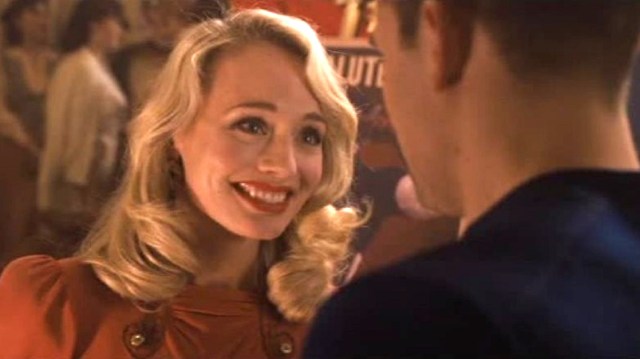 As anyone could have predicted, the biggest talking point to come out of the Marvel Cinematic Universe’s latest blockbuster series was the confirmation that Captain America was not a virgin, with She-Hulk: Attorney at Law clearing up one of the franchise’s most burning questions once and for all.

It didn’t take long for Chris Evans to react to the revelation that Steve Rogers had indeed gotten down and dirty during a 1943 USO tour, and because this is the internet we’re talking about, it didn’t take long for all sorts of saucy theories to emerge concerning the who, what, where, and why.

One of the most curious has some folks suggesting that the star-spangled superhero got it on with none other than Meredith Quill, mother to Star-Lord, who was herself impregnated later on by Ego the Living Planet. The reason is simple; actress Laura Haddock made her onscreen debut as “Autograph Seeker” in The First Avenger, before being recast in James Gunn’s cosmic adventure.

However, once the speculation made its way onto the filmmaker’s timeline, he was quick to explain why it didn’t make sense.

That being said, Gunn didn’t rule out Peter Quill’s grandmother being the lucky lady in question, which creates all sorts of mind-blowing scenarios that could technically establish Steve Rogers as Star-Lord’s grandfather. That’s an entire can of worms that’s just ready to be opened, but we’d feel confident in saying MCU theorists will have already been trying to connect as many dots as possible.