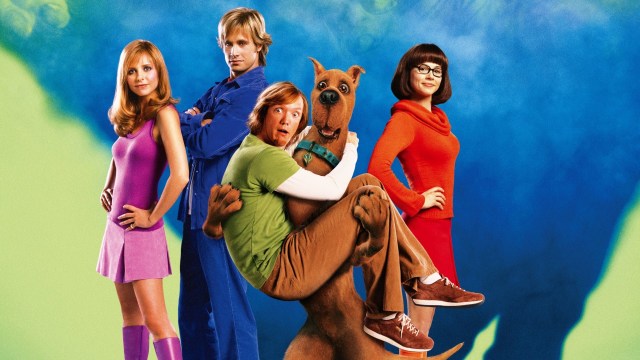 Guardians of the Galaxy‘s James Gunn got his big break in Hollywood by writing 2002’s warmly remembered live-action Scooby-Doo. Though sniffy critics largely turned their noses up at the time, the goofy adventure still has plenty of fans, and regularly pops up on various streaming charts.

It’s hard to imagine the mystery-solving heroes adopting a harder edge, but Gunn has confirmed that the PG-rated Scooby-Doo was originally designed with a slightly different demographic in mind. Taking to Twitter, the filmmaker revealed that he and director Raja Gosnell were initially aiming for a PG-13 rating, but the MPAA branded it with an R instead.

This rating would have likely been fatal for the film’s box office prospects, with the studio ordering it be reworked to appeal to a younger audience.

So, what might an R-rated Scooby-Doo be like? Gunn has previously teased the original version, saying on Facebook in 2017 that his script was intended to lean into what the animated show only implied, with perhaps the biggest reason for the R the confirmation that Velma was explicitly gay. The Peacemaker creator even confirmed that the script saw Velma openly admiring Daphne, that the two would later kiss, and there was a line the MPAA thought referred to oral sex.

Taking fright, the studio not only cut all this out, but even digitally de-emphasized Daphne and Velma’s cleavages. The film was resubmitted and given a PG rating, but we’d still love to see the R-rated version one day.

C’mon Scoob fans, let’s band together and do a fierce campaign to get the “Gunn Cut” released.