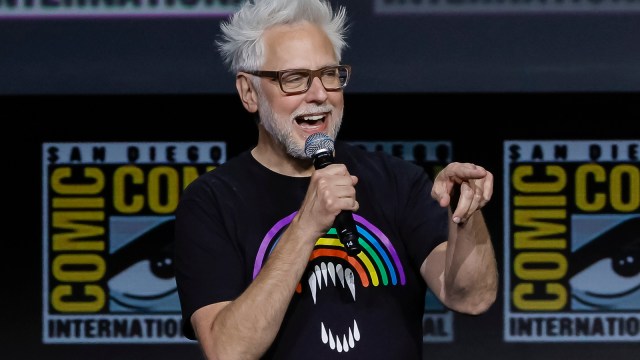 Tomorrow marks the next evolution in the career of James Gunn, with the filmmaker officially assuming his executive responsibilities as the co-CEO of DC Studios alongside Peter Safran.

Of course, there’s also the small matter of the Marvel Cinematic Universe’s Guardians of the Galaxy Holiday Special on Disney Plus to content with, as well as next May’s trilogy-capping Vol. 3. There’s not going to be a lot of sleep for the newlywed between now and then, but we can at least infer that he’s not walking into his new job brimming with solutions.

The Suicide Squad and Peacemaker director technically doesn’t have to worry about such things for another few hours, but in replying to a tweet that was literally aimed at every single person on the entire planet besides himself and Safran, we’ve got an indication of the task at hand.

Obviously, there’s a tongue-in-cheek element to the reply, but that doesn’t mean Gunn isn’t aware of the monumental task at hand. In its decade-long existence we’ve seen a revolving door of stars, filmmakers, executives, producers, and everything else pass through the DCU’s revolving door, and even now there are multiple pocket universes that need to be wrangled.

It’s a hell of a job, and the fact Gunn doesn’t finish up his Marvel commitments for another seven months makes it all the more daunting, but if ever there was a time to be optimistic about the franchise’s future – it’s now. Fingers crossed that the ship will be righted once and for all, because the fans deserve it.