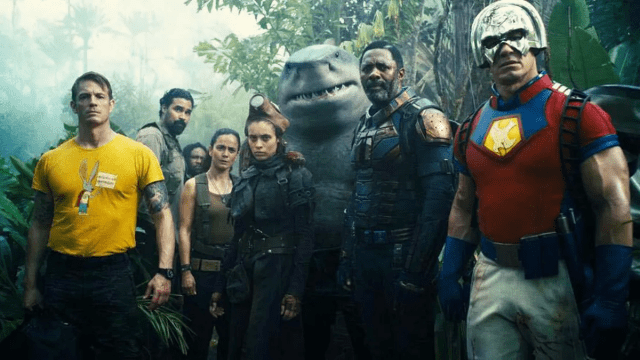 A quick glance at the names of the various characters to have either played major roles, made cameo appearances, been referenced, or glimpsed as Easter Eggs across The Suicide Squad and Peacemaker would paint the very clear picture of James Gunn having a preference for DC’s more obscure background players.

While that’s fine in microcosm, the new co-CEO of the company’s entire film and television catalogue has much bigger fish to fry now that Batman, Superman, Wonder Woman, Aquaman, the Joker, and the rest of DC’s heavy hitters now fall under his purview. The new regime held a town hall meeting yesterday, and two names in particular caught the attention of the fandom.

Gunn made a point of name-dropping Bat-Mite and Metal Men, two properties relatively unknown to the masses. The former was nodded towards in Peacemaker‘s first season, while the latter had a feature in development at one stage under the supervision of Men in Black director Barry Sonnenfeld.

As you can imagine, though, it didn’t take long for the wary diehards to question Gunn’s obsession with minor players in the grand calculus of the DC Universe when there are so many household names and icons at his disposal.

Taking your first boardroom role at the helm of a franchise that’s seen its fanbase slowly split down the middle is one hell of a way to start making your way up the corporate ladder, and it’s going to take Gunn and Safran a while to win over the doubters, if they even can. A surefire method to success is churning out top-tier content, so let’s hope the new DCU truly is improved, regardless of who gets to play a part in it.