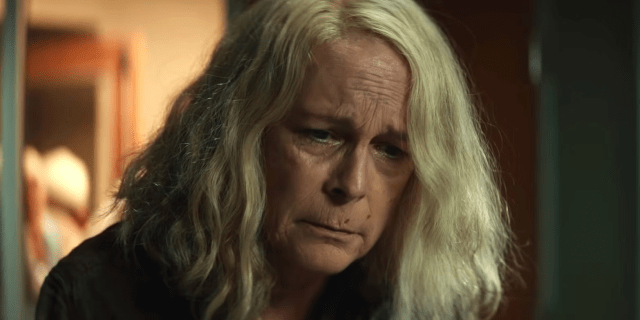 You know an actor is devoted to their character when they build up a hefty supplementary headcanon for them in order to bring said character to a unique life. Of course, there was never any question that Jamie Lee Curtis was devoted to Laurie Strode, the perennial protagonist of the Halloween franchise, considering she’s been portraying the character for 44 years.

Still, 44 years on, and Curtis is still managing to find news ways to add depth to the queen of the final girls, and one of the best developments yet happened back in 2018, when David Gordon Green was first revitalizing the franchise under Blumhouse.

In an interview with Screen Rant, Curtis recalled the organic chemistry she sparked up with Will Patton, who plays Deputy Frank Hawkins in Green’s Halloween trilogy, which would lead her to a particularly creative development. The development in question turned out to be the idea that Laurie and Frank were not only former lovers, but that Frank was the father of Laurie’s daughter Karen, who was slaughtered by Michael in Halloween Kills.

That sequence was the first day I worked with Will. I remember walking up to the set, doing that scene, and having this incredible sense with Will. We didn’t know each other. I literally went, ‘Hi, I’m Jamie,’ boom, let’s do the scene.

I said, ‘I think he’s Judy Greer’s father.’ Because I think Laurie Strode was drunk in a bar a lot. I think she came into sexual collision with a bunch of people. I think, when she got pregnant, she didn’t know who the biological father of that child was. And I said to David, ‘I think it was Frank.’

And it looked to almost materialize in the script for Kills, but fell slightly short of Curtis’ imagined backstory.

I’m reading the script [for Halloween Kills] and there’s a scene where Frank gets rolled into the hospital, and now there’s a scene about, ‘Do you remember the night in the bar?’ And I was thinking it’s gonna be that we have this moment where I say, ‘I think you’re Karen’s father!’ But he says, ‘I wanted more. We kissed, I wanted more, but we didn’t.’

Nevertheless, she then happily brought this account full circle, noting how how Laurie and Frank’s rendezvous, despite not quite being what Curtis had in mind, still sprang from the chemistry that she happened upon with Patton back in 2018.

All of that is built organically when two actors meet. You get a feeling, and then David writes the relationship. I don’t think that was the intention of the three movies, that Laurie and Frank would have this thing! And it came out of that first moment with him.

Halloween Ends is currently playing in theaters and streaming on Peacock.